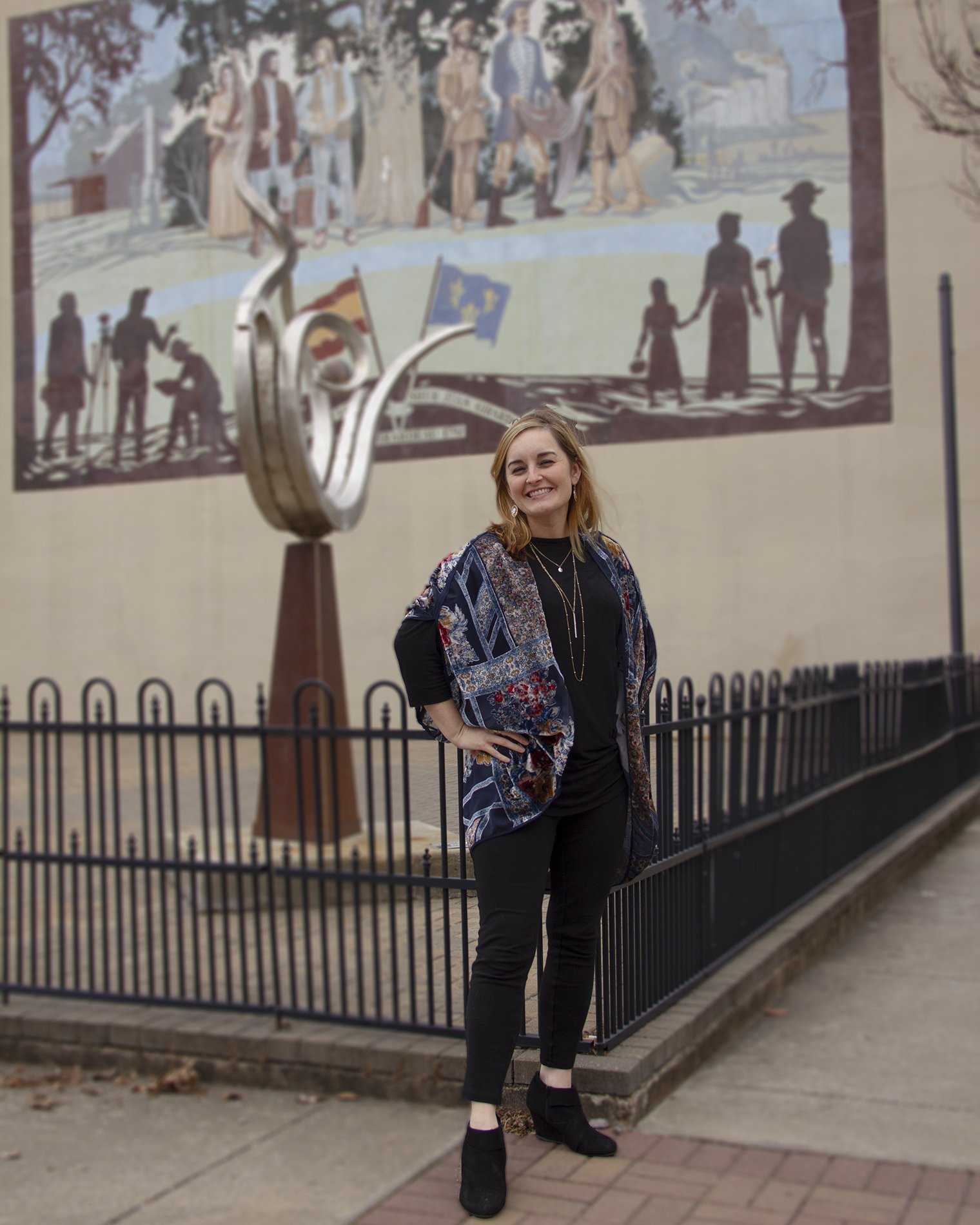 “I’m thrilled. There are so many people in our community that want to invest in our downtown right now. Now, it’s leveraging their passion and trying to get some movement on some of these vacant properties.

“We’re in an exciting time with all of the restaurants. I know Jon Rust did that article on the ‘Golden Age of Restaurants,’ but it’s true. I mean, we’ve got so many neat faces and places. In fact, when we were thinking about moving down, my mom kind of voiced that she was a little worried that we’d be bored after being in St. Louis for thirteen years. I haven’t been bored one second! There is so much to see and do in Cape. There always has been, but it seems there is so much more now than when I grew up here. It’s pretty awesome.

“Some wonderful memories in our downtown, and it’s really neat to see the shape that it’s in. Our biggest challenge, though, is trying to fill our vacant spaces. We still have a lot, despite filling many. Unfortunately, we have a lot of property owners that don’t live in the area, so they’re not driving by these places and it’s not on their radar. Some of the properties have been handed down to them through family, so they want to hold on to it, but we need to figure out what they’re holding out for. We’ve worked on this over the years. Our Economic Vitality committee has really tried to reach out to some of these property owners to help create a plan of action.

“What we’re going to do is try to put together a downtown investment guide that has some actual metrics that would back up our discussion and make a compelling case as we reach out, rather than just saying, ‘Hey! Why don’t you invest in your property?’ We’re also putting together a round table of investors that we know of that are focused on investing in our downtown community, because there are a lot of conversations happening all over the place. Gathering all those people in one space and leveraging the synergy that comes from that conversation could be very powerful.”