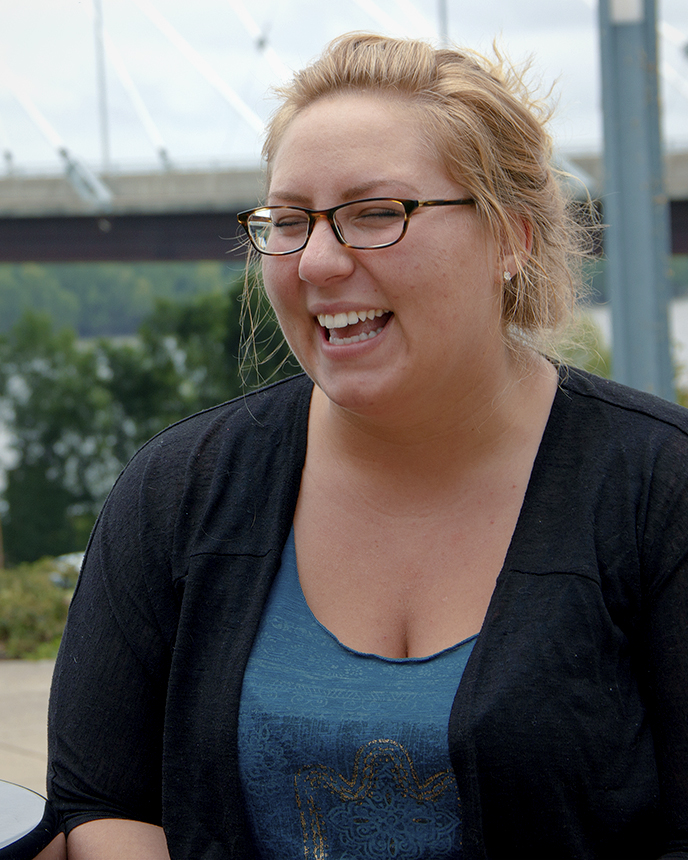 “Last week, I went to a women’s empowerment conference in Dallas called ‘Rise’. Rachel Hollis created this conference. She was an event planner in Los Angeles and eventually she wanted to be this big media mogul. Her mission eventually became, ‘how do I make women realize their worth?’ Her whole concept stems from attending a personal development conference in the past that was a big ‘flip the script’ moment for her. Her takeaway was this:

“…which really blew my mind. Why let things control you, when you have more control than you think you do? Rachel had been struggling up to that point in her life because she found her brother after he had committed suicide. Before that, her outlook was more, ‘everything happens for a reason,’ but to her, there was no reason why that happened or why that should be justified. It changed a lot of her perspective and made it more about growth.

“One exercise at the conference that stood out to me was called ‘Stand Up For Your Sister.’ We received a little book, and it had twenty or so different things that people have experienced listed in it. For example, ‘I’ve lost a child’ or ‘I’ve abused alcohol as a way to cope.’ The last couple items, I thought, ‘I keep these things to myself because I’m afraid of being judged for it.’ So, you checked whatever applied to you, and then rip it out, fold it up and it gets passed from neighbor to neighbor until you have no idea where your paper was. Now, everyone has somebody else’s, and as you look at the random one you’ve received, you’re shocked to see marks on things like, ‘I’ve been raped,’ or ‘I’ve considered suicide’; really heavy stuff.

“Then the presenters stood up on the stage, and they read each list item aloud and as they read, you stood up if you had a match on your page. It was a huge eye opener for me. I felt as if all of the stuff I couldn’t talk about, those taboo things, were out there, but then, on that floor, seeing 4000 people stand up with the same problems that you checked… You feel like you aren’t so alone.”