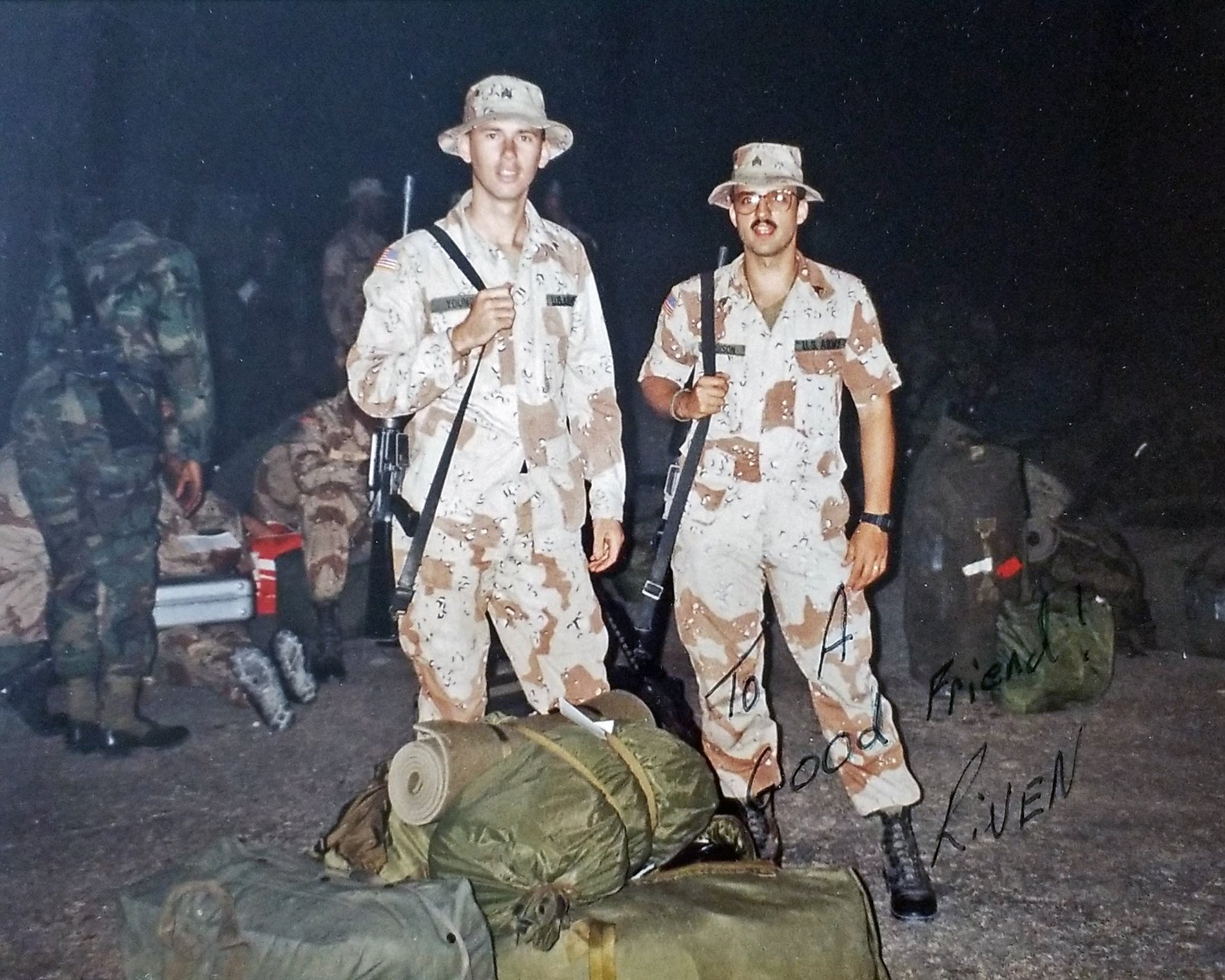 “I had a good buddy in my unit and his name was Sgt. Kiven Hardison. I still keep up with him today. Kiven was a character… he was funny; a real comedian. I remember we flew into Bahrain and we got off the plane, onto the tarmac. It was like 4:00 in the morning. Before we even stepped foot on the soil we heard the mosque’s call to prayer over a loudspeaker. Kiven looked at me and said, ‘We’re not in Kansas anymore, Toto.’ I should have seen that coming.

“We worked on an Air Force base called King 5. There were Iraqi pilots and personnel, too, but you couldn’t overtly tell that they were military, because they just had their typical garments and head piece on. There were barracks lined up, and in the front of each barracks was a little place and a big blanket, and they would come out there and all sit around in a circle with a big container in the middle. They were dipping a ladle into it, and they would drink out of it. I didn’t know what it was, but Kiven and I walked in front of those things so many times, that one day, one of them motioned to us to come over there. We did, and one of the guys that was sitting in the circle spoke some broken English. They were asking us about our military insignia, and one of them wanted to know about our wives; do we have kids and stuff like that. They motioned for us to sit, and we did. We just kind of tried to communicate. They gave us something to drink – I still don’t know what it was, but it tasted terrible – but we drank it because they gave it to us, and they were drinking it, too.

“One of us got a picture of our wife out and showed them. I asked, ‘Do you have a wife,’ and he pulled a wallet out of his pocket, with the fold-out picture thing, and he had about ten of them. Ten pictures… of ten wives. I said, ‘Those are all your wives?’ and he said, ‘Yeah, yeah!’ I thought, ‘Oh my Lord; seriously?’ I thought Kiven and I were going to fall off of the rug after that.”