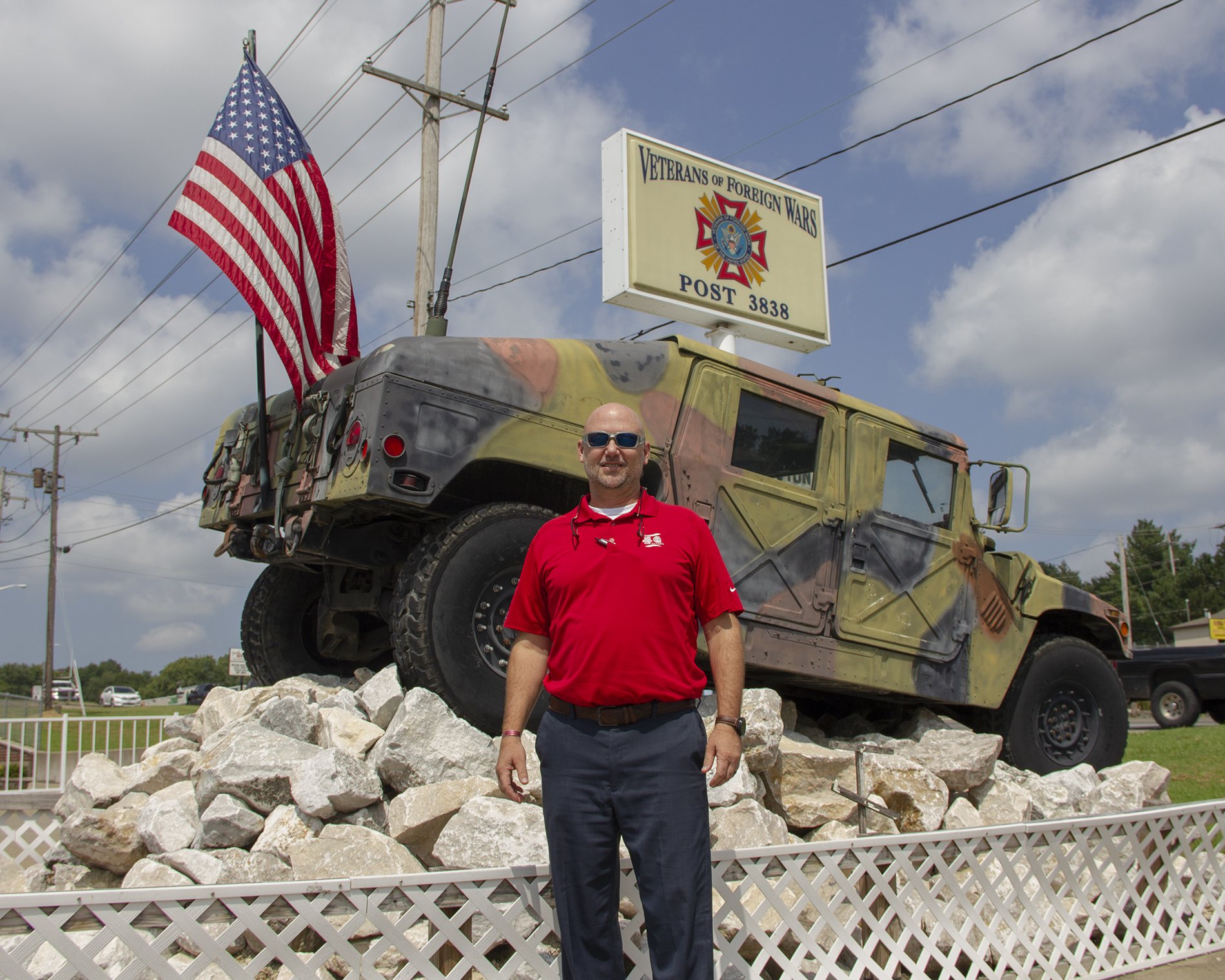 “I worked at Central Command in Tampa, Florida on McDill Air Force base. Inside central command were other branches of the armed services including Air Force, Marines, and the Navy. We were all responsible for taking care of the same area of the world, which was the mid-east. One day, somebody from the Air Force team just started just hootin’ and hollerin’….was kind of concerned… and said, ‘Oh my gosh, oh my gosh, come over and look at this!’ He called us all around the light table, which was the table we used to look at film from both the satellites and aircraft reconnaissance. And he had a picture of a line of tanks… I don’t know… maybe 30 tanks just lined up abreast, just hauling *** across the desert. And you could tell that from the picture, because there were these big plumes of smoke behind each tank. I said, ‘So why are you all excited about this?’ He said, ‘Well, look where they are. These are Iraqi tanks and they are darn near in Kuwait!’ Then everyone got concerned and all the high ranking guys got called in, and that’s basically where Desert Storm started… right there. That’s when we realized that these guys were rolling into Kuwait and were going to try and take over Kuwait City. Then the whole military ramp up began and the whole Coalition ramp up began almost overnight.

“Because we could monitor everything from where we were, our unit was one of the last to deploy. But when it became apparent that we were going to actually have a ground war, that’s when we had to go in-country. We got the call on January 1st, 1990 that we were going to Riad and by January 8th we were gone. My oldest daughter, Katie, was 6 months old at the time. It was the hardest thing that I ever had to do in my life… leaving my wife, Lynn, and a brand new baby… and we were told we were going to be gone a year minimum and that we were going to war. Of course, it turned out all great… but we certainly didn’t know it at the time. We had no hindsight to reference. So it was probably the scariest moment of my life… a lot of tears and a lot of emotion.”