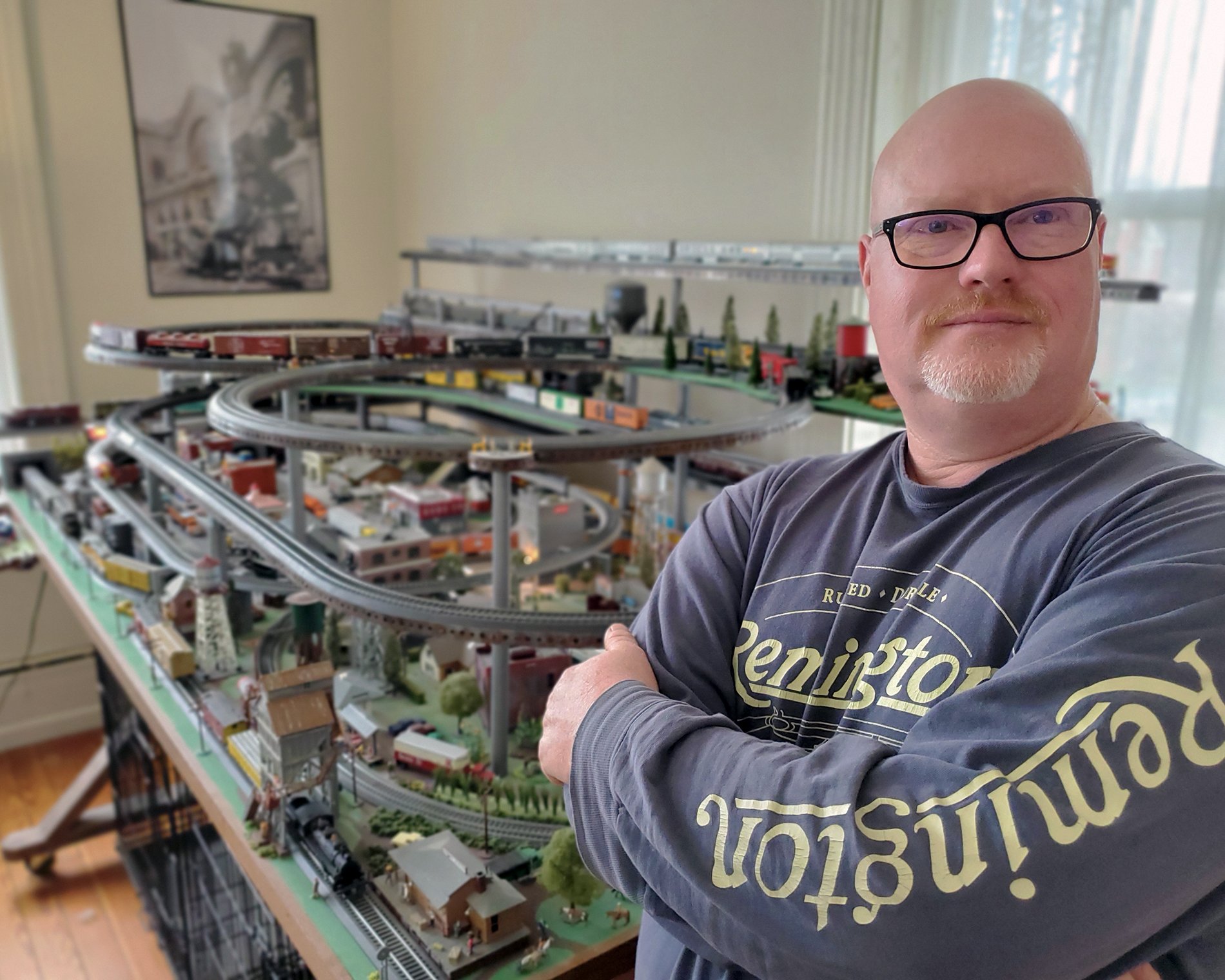 “I started with a single layer here. I did each layer of Train Town in another room, so I had to measure everything so when it came in, it’d all set down just like you’d build up a real city. If there was a pole in the way or something, I had to make something to where it would come down and I’d have clearance. It makes you put a lot more thinking into it, which turns out to be the best part of this. When you have a rainy day, or it’s winter time on a Saturday, you’re home… That’s the best time, you know? You can think and work. A lot of engineering and a lot of thought goes into it.

“Those two top trains there were Papaw’s, and some of these cars were actual kits that you buy and put together. Some of these he built in 1968. That’s when he went from ‘O’ to ‘HO’. His layout was huge. They donated it to the City Museum and then the Museum of Transportation. They had to cut it into four pieces to get it out of the basement. When you looked at it, his layout looked like a city from the 40s, like you were looking down out of an airplane at it. It was amazing.

“In the 50s, it was the number one toy- model trains. And then in the early 70s when games like Simon and the Slinky and these new style games came in, it really killed off model trains. They took a downfall until 1985, when Thomas the Tank Engine came out. Believe it or not, that refueled it, because a lot of the kids that were into Thomas the Tank are model railroaders now. They’re the new ones coming up.

“The best part is, you make it exactly what you want. I started out on this end in the late 40s era, and I ended up in the late 80s over there. So all my vehicles and all my stuff is in a time period, which I prefer, you know? This train running up here is an adult train, where my passenger train is a kid’s train. In the windows you can see the dogs and people waving, and I like that! To me, that brought the town alive.”