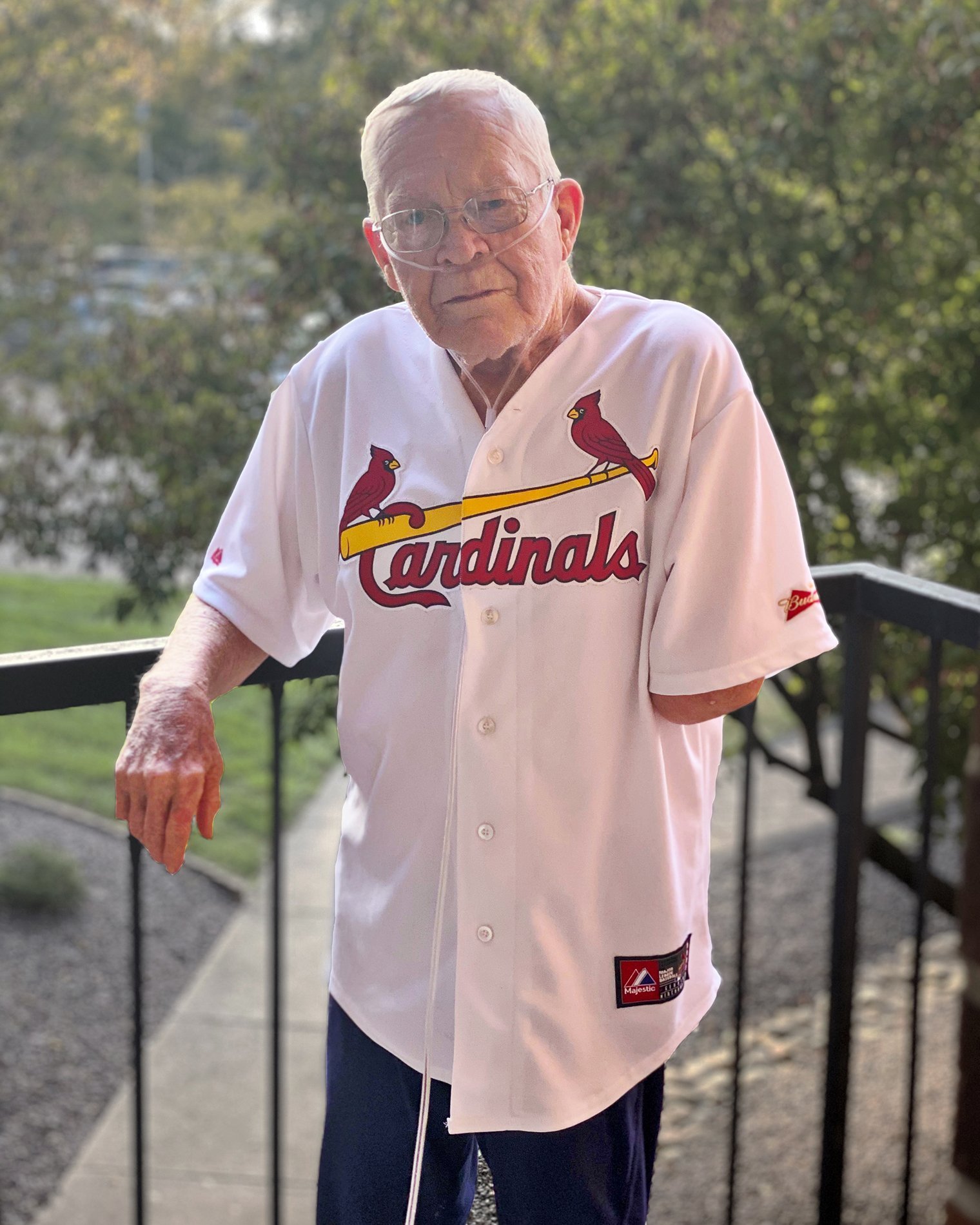 Tweet
“I’ve always had a passion for baseball. The Cardinals have always been my team… and as a nine year-old back in ‘51, I got to see Musial play in old Sportsman Park. And every evening at home, my dad and I would sit on the back porch and listened to Harry Carey and Gabby Street… and gosh; what a great pair of announcers! Dad would have a Falstaff, or ‘the choicest product of the brewers’ art’ as it was known, and would sometimes give me a sip. We rarely missed a game.
“I would play baseball from sunup to sundown. I remember one night just lying in bed and crying myself to sleep because my leg hurt so bad. My grandmother Washer, who worked as a nurse at Saint Francis, told us to go see Dr. Otto, who had just moved to town. Dr. Otto diagnosed me with a rare hip condition called Perthes disease. The only treatment in those days was to immobilize my leg so it could heal. They fashioned a belt for me to wear with a cup and a sling that held my leg in place behind me. So, I would use crutches and my good leg to get around.
“At that time, I remember moving out on Rodney Vista near Arena Park. I’m kinda wandering in the neighborhood and I see this kid playing ball. He’s throwing it up against the garage over and over… and it was Steve Mosley. I said, ‘Hey, do you want to play some ball?’ Here I am, standing on my crutch with one leg, and he turned around with a look on his face like, ‘Are you crazy?’ but Steve and I both loved the game… and became quick friends. We would take turns pitching to each other all summer long.” [to be continued]