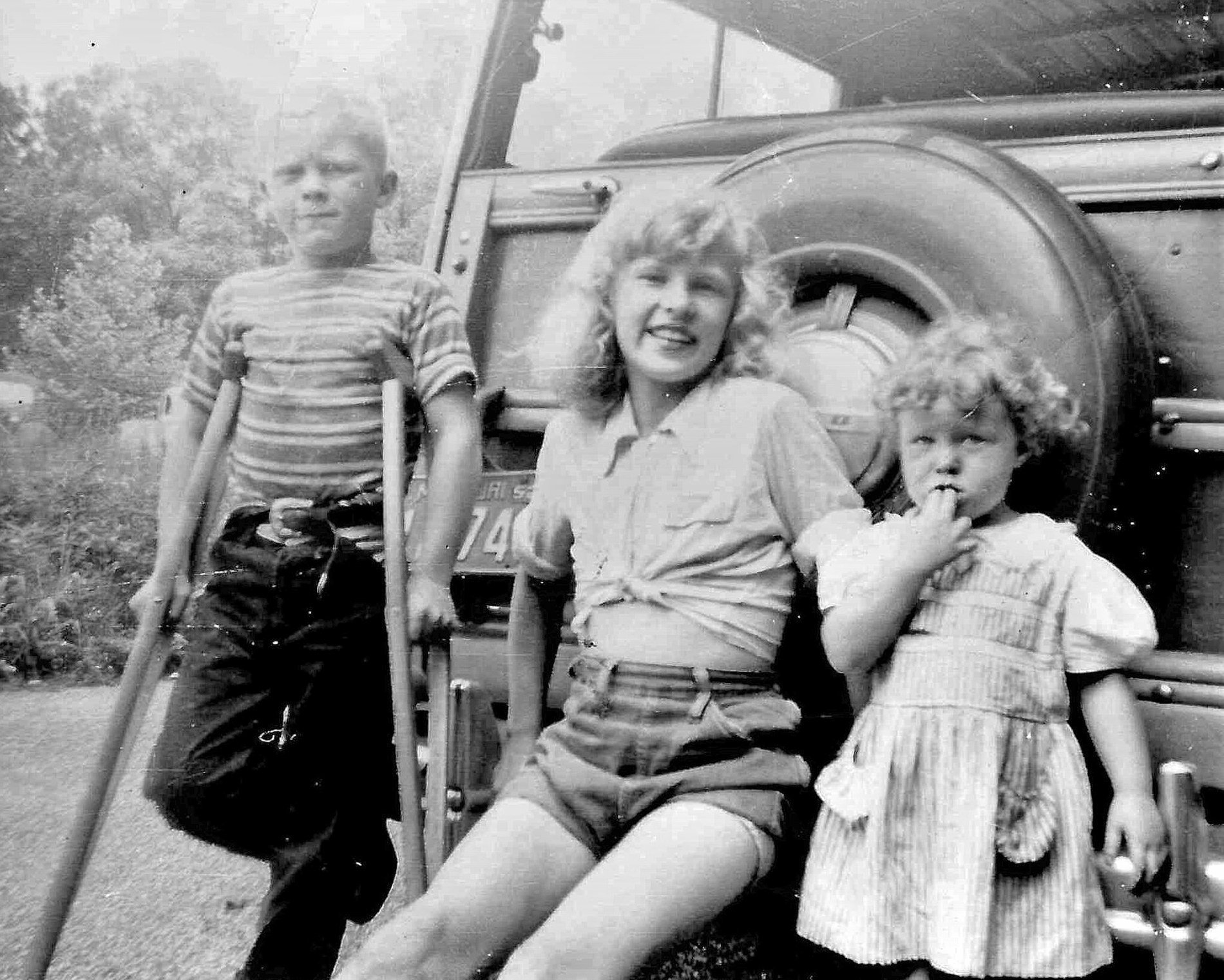 “One Saturday morning, I had gone down to Jerry and Donny Ford’s. I got down there and they were out in their front yard playing catch. They said, ‘They’re having Little League tryouts today.’ I said, ‘Wow!’ (to myself) and I thought, ‘I’m going to try out.’ I asked if they would give me a ride because we didn’t have a car and of course they were glad to do so. I called my mom and I said, ‘Mom, I want to go try out for Little League.’ And she said, ‘Oh son, don’t do that… you won’t make it.’ I said, ‘I don’t care, I’m gonna go try.’ So off I went with Jerry, Donny and my ball glove to the corner of Broadway and Perry, which was the National League field at that time.

“When I got there, I had to try and figure out how to fit in somewhere. Sometimes, kids are cruel. Nobody wanted to play catch with me- you know, the boy on one leg. We went through all the fielding and batting drills. Of course, I batted on one leg- believe it or not, I could do pretty well- and when I hit the ball, I would pick up my crutch and ‘run’ to first as fast as I could. At the end of tryouts, they told us that they would print the names of those who made a team in the paper on Tuesday.

“Needless to say, I couldn’t wait for Tuesday. At the player draft, each manager had so many points to bid on each player. I was told that when they got to my name, Mr. Stoops, who had 500 points left, said, ‘I’ll bid all 500 for him.’ Well, nobody else wanted me, so sure enough, I got on his team, the Dodgers. There it was in the newspaper on Tuesday: my name in full print. I said, ‘Mom, look at this!’

“I couldn’t wait to get my picture taken in my Dodger blue. There I was, standing out there in the backyard. I had my leg up in my sling and my crutch under one arm, but I had a smile on my face a mile wide.That first year I didn’t get into too many games, but I’ll never forget how Mr. Stoops made sure I did get to play. Either way, I didn’t care. I was on a real baseball team.”