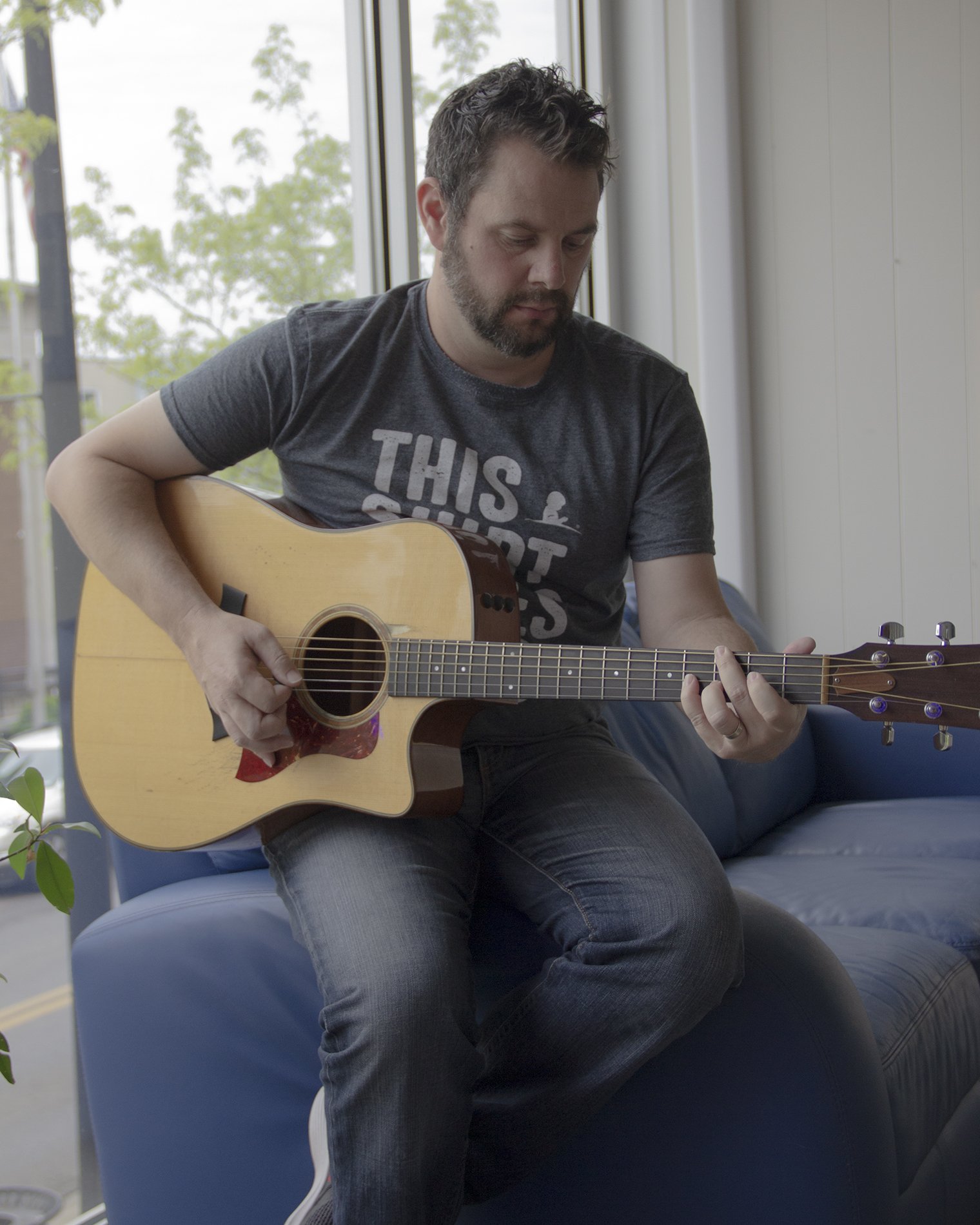 “I feel like once the [Stay at Home Order] was ‘forced’ upon us, I thought, ‘This is nice, not to have to run off to go somewhere or do something.’ Part of me was not wanting to see what musicians were doing. I was just kind of okay being away from it, but then I watched someone streaming and I thought, ‘Man, that’s kinda neat that they’re using technology in that way, especially as a musician.’ I got into watching more of those streams. I was supposed to play music this week in an acoustic setting, in a place that I really like playing at, just for the nature of what the vibe is. I had a couple people reach out and ask if i’d thought about doing anything online, and I thought, ‘Let’s do it!’

“What goes through my head, when I play online to people? Since I don’t hear anything they say, I assume everybody loves it [said with a laugh]. When you’re playing live, you get the immediate feedback of, ‘yeah, that was okay,’ or ‘eeehhh, we’re busy back here at the bar,’ or the occasional, ‘that was awesome!’ Now, there’s no intimidation; it’s just play it and that’s it.

“It’s pretty awesome, honestly. I would imagine that for someone who’s wanting to try and make a go of it in the music industry, now’s the time. Everybody’s on the same playing field. You know? You’re confined to your house and what you can do on the internet, and people are searching and wanting to consume and now’s the time to get stuff out there.

“A buddy of mine lives in Arkansas, near a golf course. He said they’ll be out on the golf course when the sun sets and will have me cranked up, and that’s cool! Normally, I don’t know when the last time was that he has watched me play anywhere, so that type of connection is pretty awesome.”