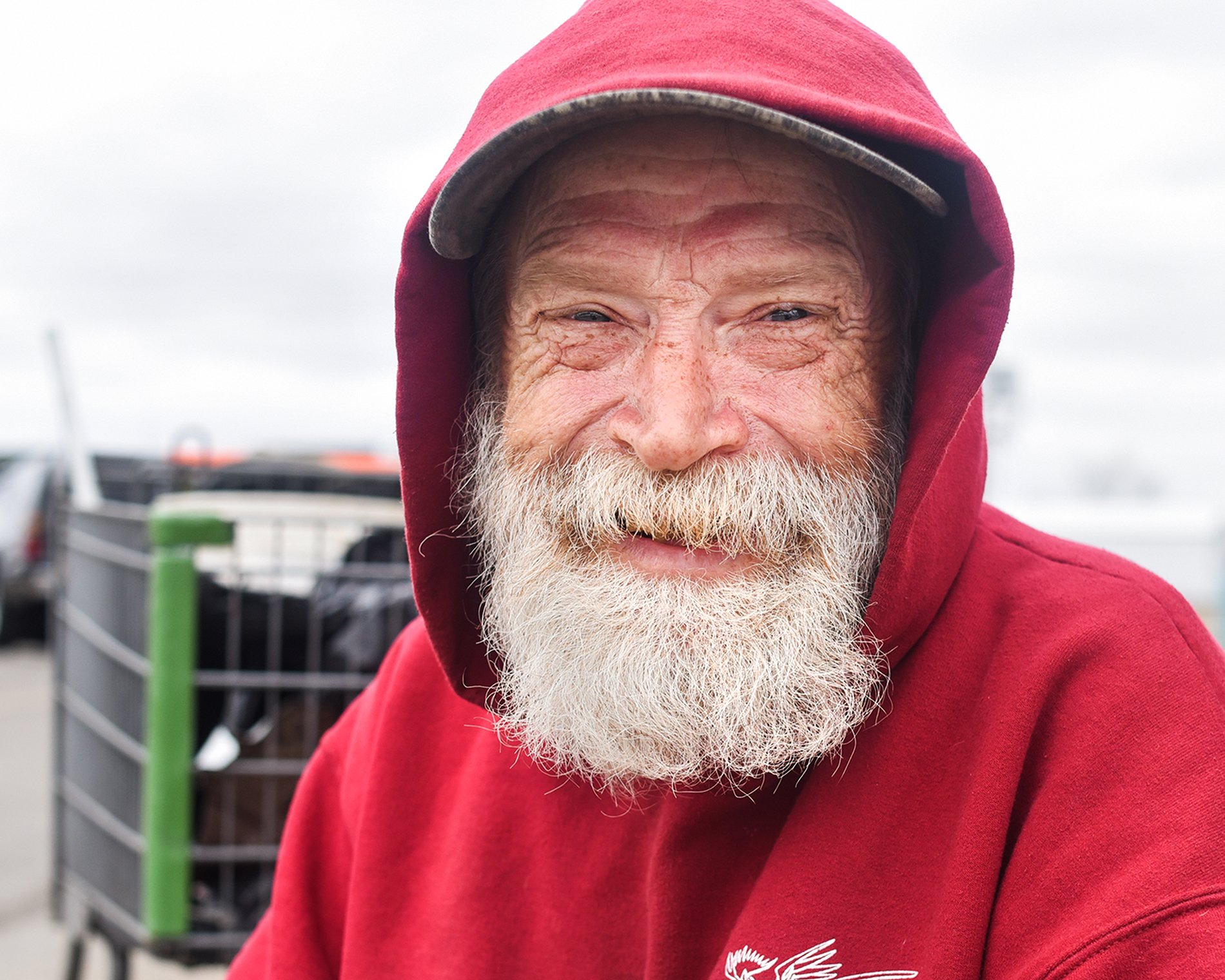 “I’m originally from up around Chicago. My sister’s living up here somewhere; I don’t talk to her that much. She’s hooked on crack and a couple other things, and I just kind of stay away from her. She’s kinda burned her bridges too much for me. Can’t get her to go get help, she don’t think she needs any. You would think she would be [ready] as much trouble as she’s caused, can’t keep a place to live or anything, so you would think she would get straightened out.

“I was going to AA, and I read in the big AA book. A story said a man used to go by this crossing guard every day who would always wave at people and interact with the kids. So, he figured he would just wave to him. And he said a few days later he was in a little bit better mood. About a week later, he was interacting with the kids with a smile on his face. It helps. I wave. Especially to people working and stuff. Like taxi drivers. This one guy owns a shop over by Dollar General- an archery shop- and he said, ‘You know, you just make my day when you come by, because you always wave and sit down and you talk.’ If I can make somebody else in a better mood sometimes than I am, it helps out.

“Going to AA helped out and changed my whole attitude. I wasn’t too thrilled about it when I first started going, then the more I’d go, the more I would anticipate it and start getting everything out. Where a lot of people go wrong when they go to rehab is they think that drying out will get them fixed and they won’t go back to drinking. But you have to get rid of all the troubles that got you to start drinking before you quit. A lot of people don’t realize it before it’s too late. Like I did. It took me about three treatments before I started realizing how much it was helping me. AA made me a lot better person than what I was. I guess we all gotta learn the hard way sometimes.”