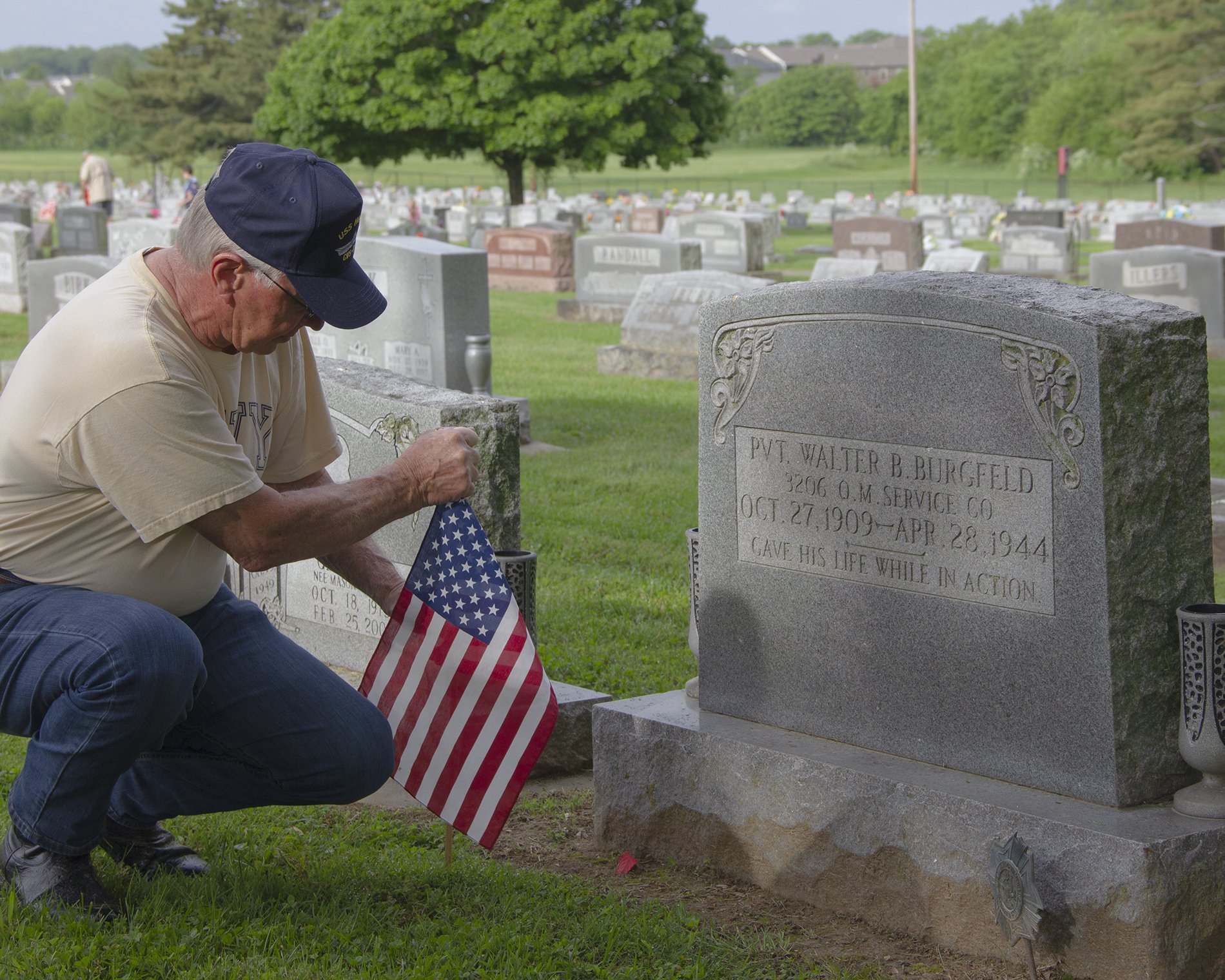 Tweet
“April 28, 1944. I’m 35 years old, in the belly of a US Navy LST landing ship as part of Exercise Tiger, a D-Day rehearsal. Just after 0200… BOOM! Smoke, confusion, screams, water and fire… A futile scramble to escape. Final thoughts of a wife at home, of family and mother and then… darkness.
“Exercise Tiger was a D-Day prep operation, cut and dry. The goal was to catch any kinks in the hose that would prevent a successful invasion. Myself, along with some buddies from back home in Jackson and Cape, were assigned to this operation within the 3206th Q.M. Service Co. from Missouri.
“I went with two of my brothers to enlist in ‘42. Al was too old at 37, but Leo and I were able to sign up. We were inducted into the US Army on Feb. 1, 1943. Geraldine and I had no kids; not many wanted to even think about that at the time. A baby? Hard enough to support ourselves as it was.
“We all wondered if both of us, Leo and I, would make it back from the war, but we worried quietly, I think. It was that dark cloud that sat over every patriotic or tender moment we had as a family. So many men going; hard to even really put into words these days. Over 900 of us lost our lives at Slapton Sands, where we sunk into the English Channel. The crazy thing is they had to keep the whole thing secret for fear of ruining the planned D-Day invasion. Secrets turned into forgetfulness, and it all just faded into the lore of the European Theatre.
“Leo did make it back, by the way. That’s him, just over next to me. Made it to 1990, and, oddly enough, died on the same day and month that I did. He got to live a full life, loaded with the freedoms that propelled me halfway around the world, never to come back. You might ask if I’m bitter, having died in a rehearsal battle and having the truth about my death kept in secret from my wife. You know what, though? I look at that and everyone else who enjoys being an American and I think, ‘Yeah, it was worth it. Every single sacrifice.’”