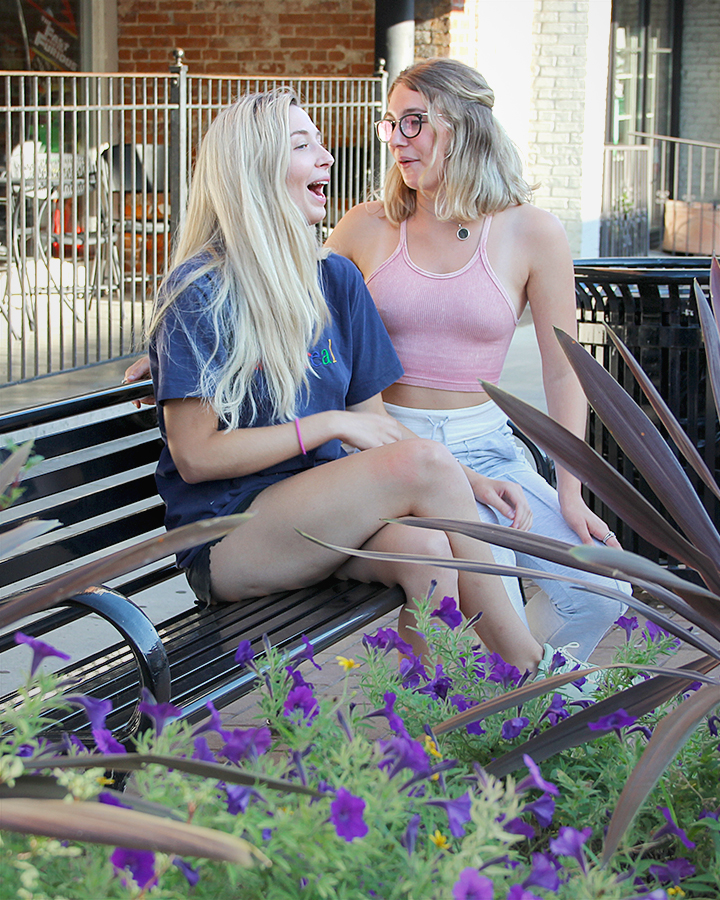 “We met because we were going to China to study abroad for SEMO, and then we became best friends. We met in March, and the trip was two weeks in May. We went for two weeks, and then I stayed an extra week by myself with one other girl. And I never told my parents, either. They just thought I was still there ‘studying abroad,’ but I never told them. They would have said, ‘No, you’re not staying in China by yourself, are you nuts?’, but I stayed an extra week. I just wanted to get out. To explore. I wanted to get as far away as I could, to be honest.

“It was a major culture shock. If you’ve been to Europe, there’s not as much of a cultural shift. It’s generally similar to America, but upgraded with great architecture, you know? But China… We were in a very old city- very communist influenced architecture; not many people spoke English. The pollution was terrible. No clouds. You’d ask them, ‘Where would you live if you could?’ and they’d all say the same Province… because the air is clearest there. You wanted to hope for these people, that there was a better future for them, but you know that it has been that way for their families for generations. It’s hard to hope.

“The farther west you go, the more American, the more ‘Western’ it looks, because of the money. And they’ve got little plastic dolphins and flamingos and things; landscaping, and it’s so weird, honestly. Our train stopped where the Muslim concentration camps started in China. They said, ‘You can’t go any further west because we haven’t built the railroads,’ but the railroads went on. We just can’t travel further because they have Muslim concentration camps in China that they will not let Western people see. So they’re killing and infiltrating Muslim culture in China. And we were so close to it. Like an hour and a half away from that Province in China. That’s terrifying. They were killing and doing that to Muslim people in China. They want the eradication of all religion in China. All of it. There are no churches. Nothing. No hospitals; it’s hard to fathom. I don’t think, in the next 20 years, people will be able to go to China.”