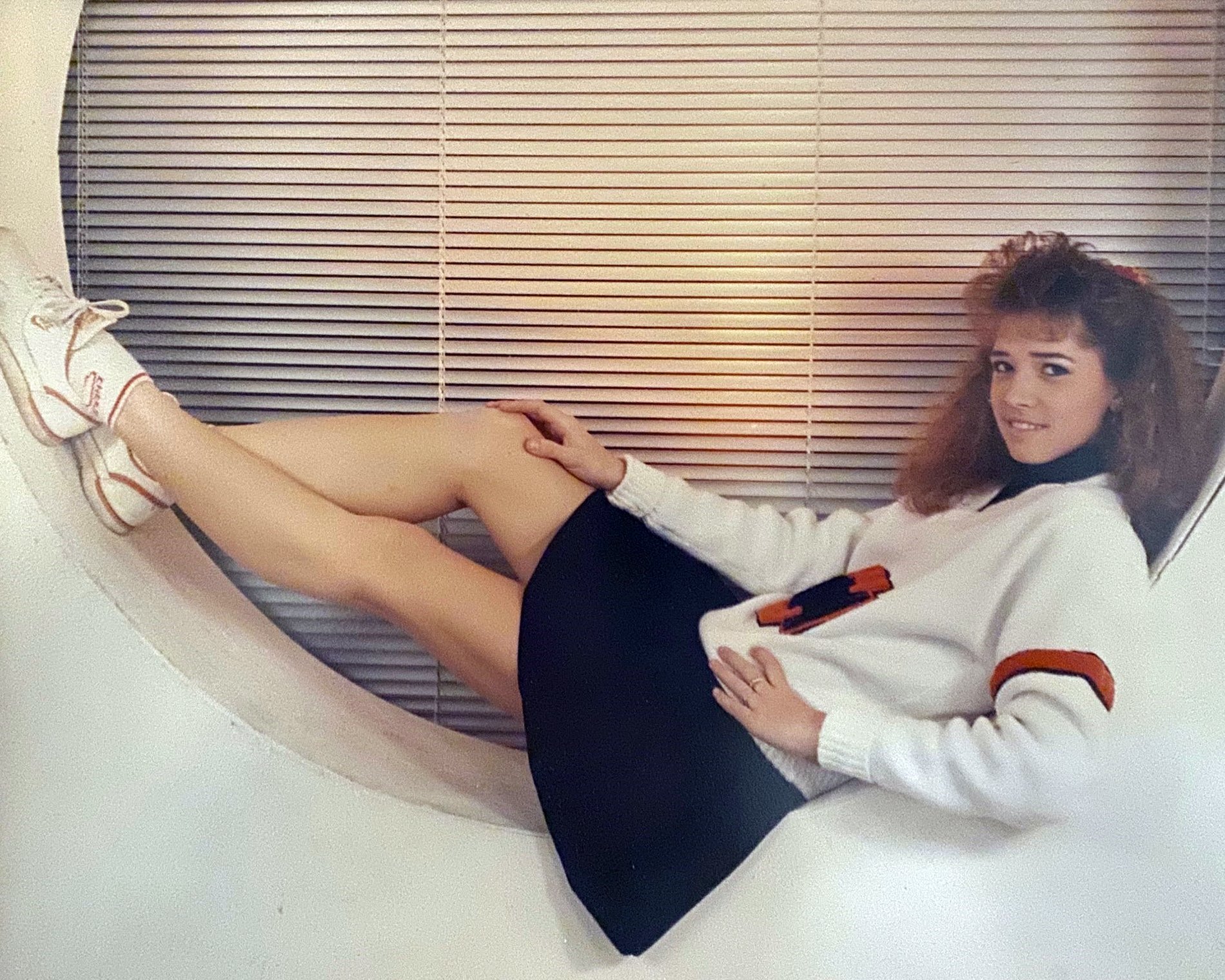 [continued] “After high school, I went to college, and up until then, I still felt really bad about myself. I wanted people to talk to me, not look at my leg. So I became able to get up and talk in front of people and be a leader in other ways, so they weren’t noticing the leg; that was an afterthought. And by the time they noticed, it didn’t matter anyway, because I had already won them over. That’s when it really hit me…

“Everybody has something wrong with them. Whether it’s inside or out. Somebody may be dealing with a heart issue, or something like that that you can’t see, and that doesn’t define them. Why does this have to define me?

“A few years after graduation, I married. My mom was a rep for a home medical company, and she was in a doctor’s office. She saw in the back of this magazine an ad for a place called Lymphedema Treatment Center, in Florida. She gave it to me, and said, ‘Call them. See what they can do.’ We’ve never had any real answers, so I called. They told me I could come down. I finally got it approved with insurance, and I had to be there for two weeks. They do a process called ‘manual lymph drainage.’ It’s kind of like massage; very light, very delicate. They would do this process twice a day and then bandage your leg.

“At this point, I had lymphedema for about ten years, so I had some scar tissue and thickening. At the end of those two weeks, I had lost six liters of fluid out of my leg. It was amazing. It was the first time that I had seen any shape or definition to my leg. I could see my ankle again. It was so weird. Then the fitted me for compression garments, so there was something I could do.

“I had been home with my son, reading the paper, and read that a girl here in Cape had gone to this same place that I went, to be trained in lymphedema treatment. I called her and said, ‘I have lymphedema and I went to that same place and I want to come see you!’ We developed a great relationship. However, she has since moved to Indiana.” [to be ctd]