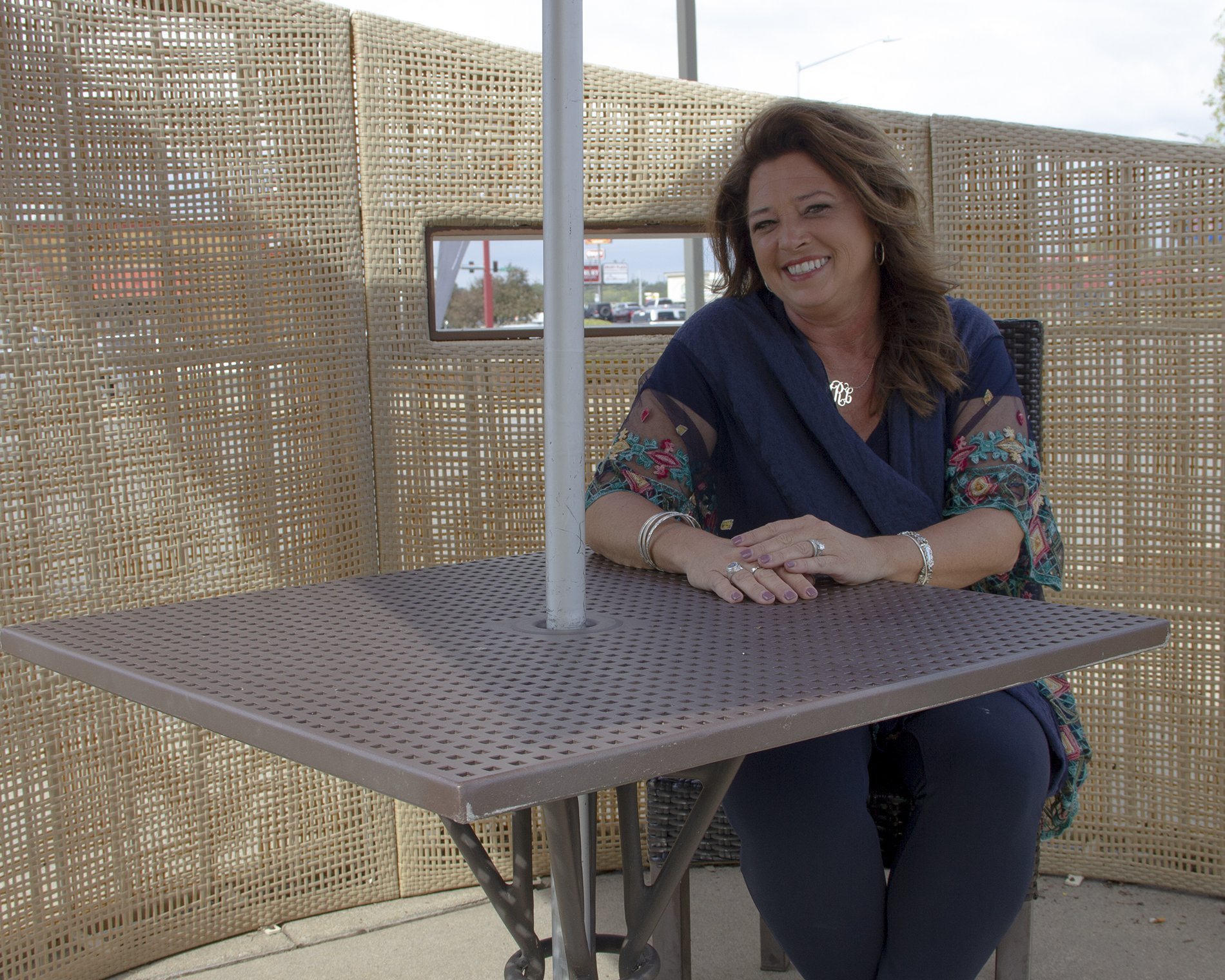 Tweet
“I was 14 and I wanted to be a cheerleader. My grandma always said I spent more time on my head then I did my feet. I went to school at Trinity and was trying out for cheerleading over at the public school. At that time, you had to try out in front of a panel, and then the ones that passed had to try out in front of the student body.
“One night, I was at a basketball game, and I stomped my foot and it tingled; it felt funny. I looked down, and my foot was all puffed up over my shoe. My mom asked, ‘Does your leg hurt?’ Two weeks later, it was still like this, so we go to the doctor, and I had shin splints that had turned into stress fractures. I had to go on crutches for a week, stay off it, and I would be fine.
“Well, my leg never went down; it stayed swollen. And so, we started this adventure of probably eight doctors locally. This was 1986. Nobody knew what it was. We did this test and that test… Finally, we went to Mayo Clinic. They did the same tests all the other doctors had done, and then finally came in and said, ‘We have one more test to do; we think we know what this is.’ So they injected dye in between my big toe and the toe next to it, and you have to let it travel through your system. Today, that test is called a lymphoscintigraphy.
“You have to lay still for 4 or 5 hours while it travels through your system. I’m 14; I’m thinking they’re going to come in and say they have to cut my leg off. You’re 14, you’re going to the public school system, you’re gonna be a cheerleader, and now… All the dreams you had in your head crash down.
“They came in and said that what I had was called lymphedema. They basically said, ‘Live with it.’ So, I had one leg that was bigger than the other, and that’s really crappy when you’re 14 and going to a new school.
“I had good days and bad days with it, but I didn’t let that stop me, and I’m thankful for that. As I get to the end of my story, I think all that prepared me for my journey.” [to be continued]