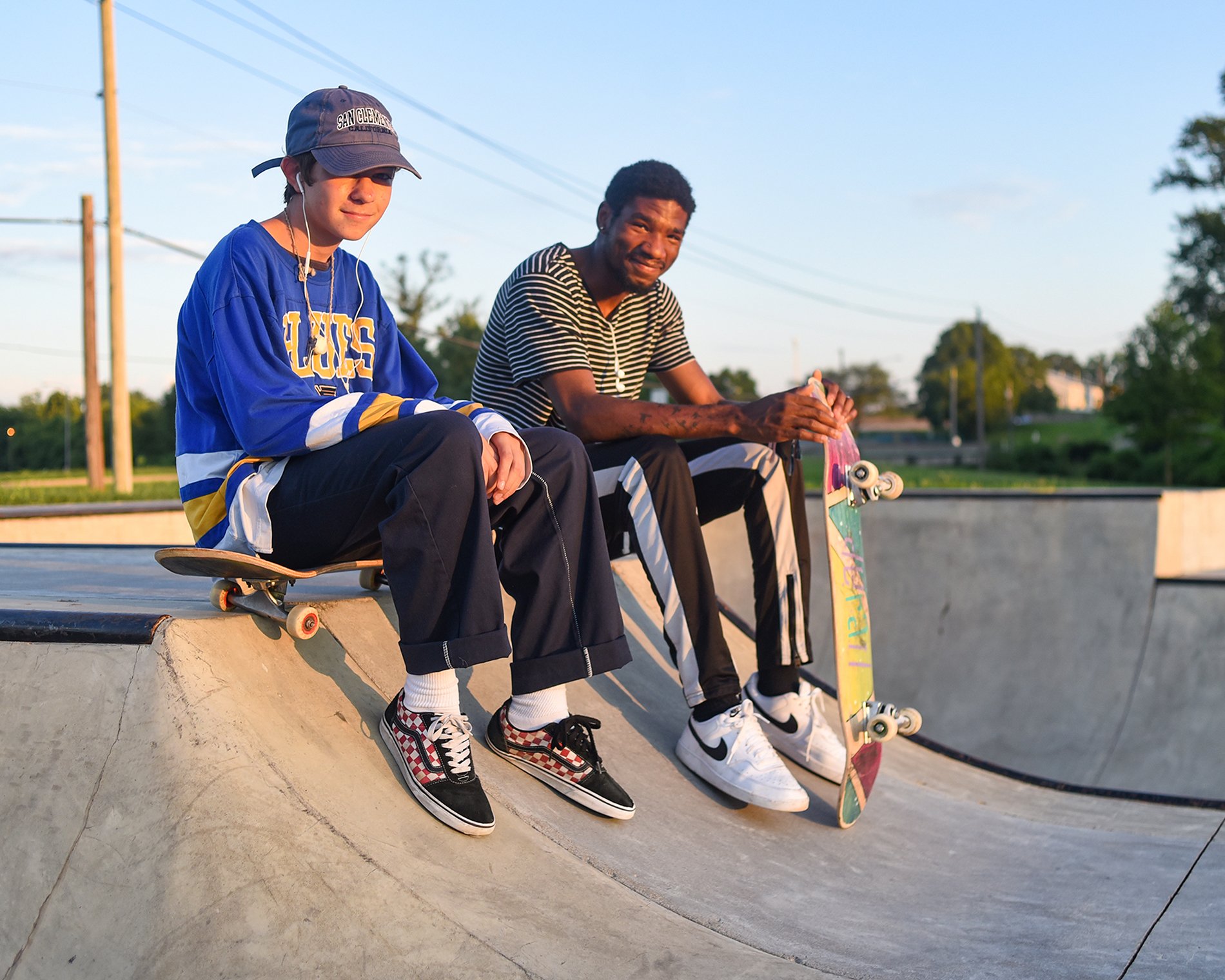 Right: “He moved here about four years ago. He recently came to the skate park. I actually needed a filmer that day, and so I asked him if he would film for me. He filmed it and it was really good video. I’ve picked him up every day since. He’s a really good kid with a really good head on his shoulders. I enjoy having his presence a lot.

R: “I’m a father of 3. I’ve got an older daughter (3) and my youngest is 8 months. I work at Subway in Sikeston. That’s about it. I go to work, come skate when I can. I recently moved from Cape about 7 months ago. There’s nothing wrong with Cape. I was raised here. But it’s a little bit different going from a fast paced city to basically nothing. It’s kind of a change of scenery, and it’s really peaceful out there, so I enjoy being there a lot. There’s like 213 people out there in my town.”

Left: “I’m from Orange County, California. We moved out here because we have some friends out here and it’s just really expensive to live in California. I definitely like California more, but it was nice to get a little bit of change I guess. I’m homeschooled. That’s why I’m here most of the time. Skate parks are also pretty therapeutic sometimes. It’s definitely kind of like a getaway vacation kind of thing.”

R: “You can’t always run away from your problems, but I feel like when you run away to the park, it’s a whole different way. You’ve got more brothers and sisters here than you probably have at home. Growing up, my parents always had full time jobs and my older siblings weren’t skate boarders, I really didn’t have much connection with them growing up. But when i would come to the skate park, all my guys became more of my brothers and my family overall.”

L: “I’ve been skating for like 2 years, but I’ve really only been trying for a few months. Because like he and all these other people actually inspire me to want to try.”