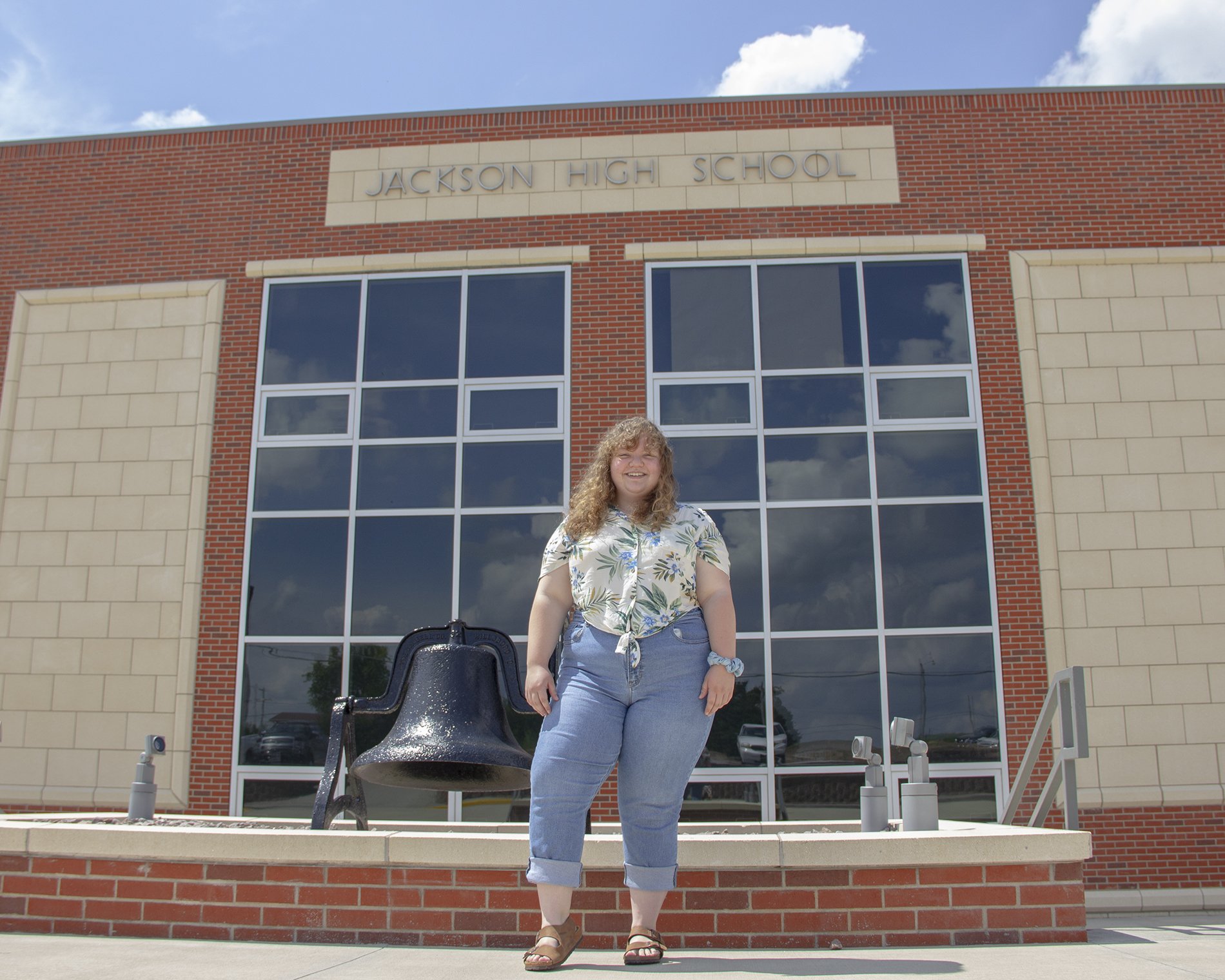 HoC: “So, you have a love/hate relationship with going back to school?”

Her: “Yeah, because I’m going into a lot of hard classes, but it’s stuff that I like doing, and I know it’s going to keep me occupied outside of school. I’m excited to get back in the groove with that. I’m taking AP Psychology; that’s my favorite class. I took General sophomore year and wasn’t able to do it last year, so I’m looking forward to that. I nerd-out in that subject.

“I’m looking forward to band, but I’m also not. We’re not [marching] pre-game; we’re only doing halftime, and we’re only doing one formation. We’re going to change songs each time so it won’t be the same thing all season. That would rot my brain. We’re not doing Pep Band, which is the worst for me, because Pep Band is my favorite.

“I have been telling myself since summer that everything is going to be cancelled and we’ll just have to do everything online. I just don’t want to get my hopes up. I was telling myself that we weren’t going to have Pep Band, but when [band director] said that last week it just crushed me. I just went home and I didn’t talk to anyone.

“We were supposed to have this really cool show this year; the ‘Viva la Vida’ show. Our finisher was Viva la Vida by Coldplay. That’s one of my favorite songs of all time; that’s a huge childhood song for me, too, and I was like, ‘Oh my gosh, that’s gonna be perfect for senior year!’ That, and Seven Nation Army and a Blink 182 song. That was going to be perfect. We normally play like Disney stuff, which is fine, but I wanna play rock music. They’re postponing the show until next year. I’m happy for [friend], because that’s his senior year.

“I am happy, though, that we’re going to have normal senior night. The seniors will wear their uniforms and walk on with their parents. They normally do that in the first game. I’m glad, because everyone seems to think we’re probably going to play one game and that’ll be it. I hope that’s not the case, though.”