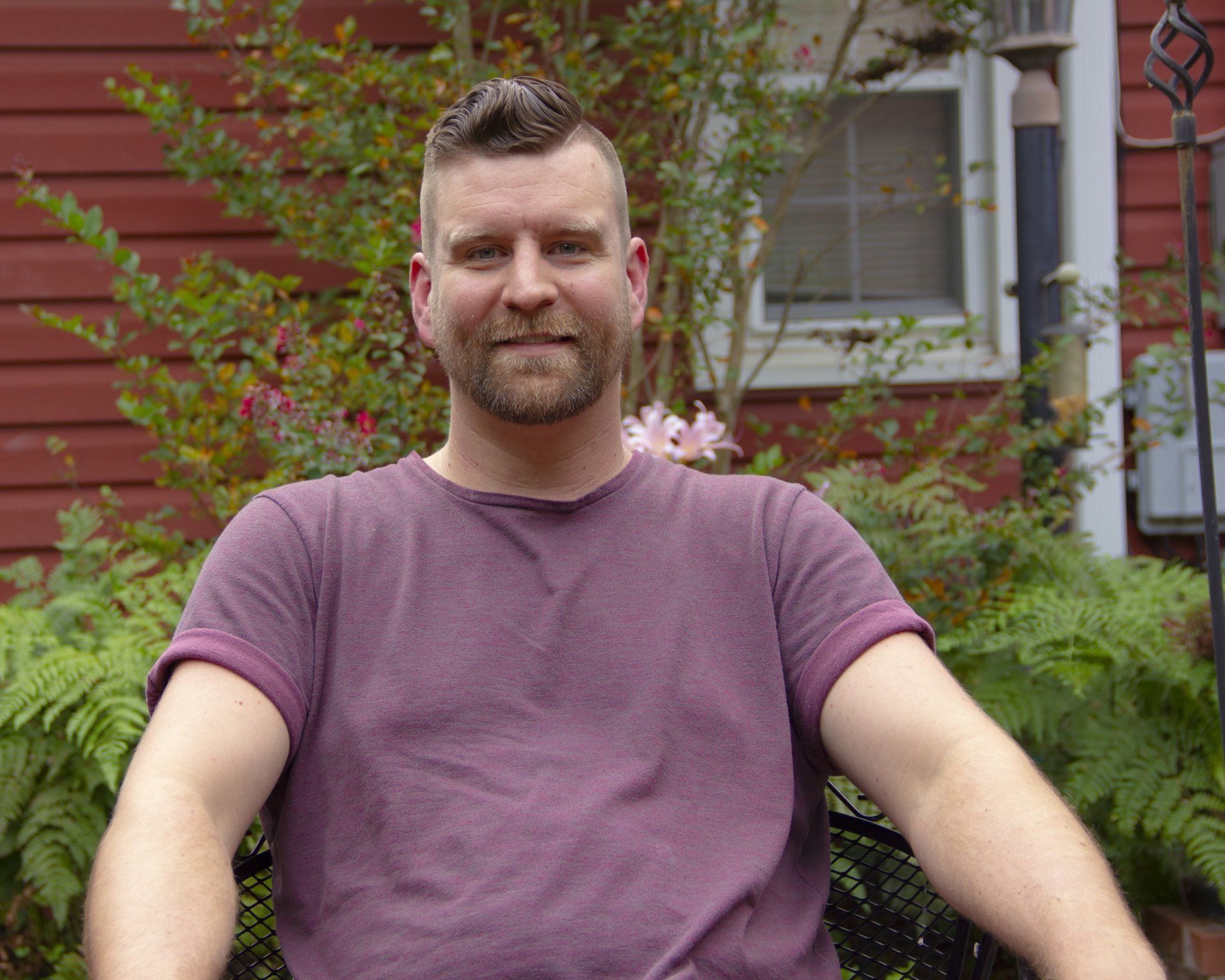 “I had a kind of a traumatic experience from my childhood that inspired my first exhibition of paintings I ever showed as a painter called ‘Rampant.’ I’ve always had a powerfully terrified relationship with nature. I get anxiety sometimes around severe thunderstorms or things like that. When I was around 9 years old, my family took a trip to Florida on vacation. We’re out there and I never had been to Florida; none of my family had ever been that far southeast, and so, culturally, we were out in the ocean hanging out, kind of clueless.

“There was a cloud coming in, and we’re just out there and we see all the locals start going in and we didn’t get into shore quickly enough. We were trying to go through this bottleneck, and it began pouring down rain. I had an umbrella, and I was just trying to get through. Right as we broke through the center of the bottleneck, everything went white and it sounded like a hundred cannons going off at the same time.

“A lightning bolt struck from about me to you and hit a tree close to where we were passing. There was a man standing under it. He got absolutely fried. I got knocked on my on my backside, and when I got up, I mean… My ears were ringing and when I sat back up, this man was as black as your shirt. He was charred; just white teeth, smoking, and it was one of those moments where I saw it enough to register and to let that sink in.

“My dad quickly grabbed me and picks me up by my shoulders and we got to the car and we found out later that guy, he didn’t make it. Ever since then, I’ve always had this terrified respect of Nature, and a lot of my work is kind of brought out of that. I love nature and I love being outdoors, but this idea of storminess and power, sometimes I don’t even have the right words to describe it. A lot of painting is like that for me; it comes when I don’t have the words to describe what I’m feeling and it’s another form of communication for me.”