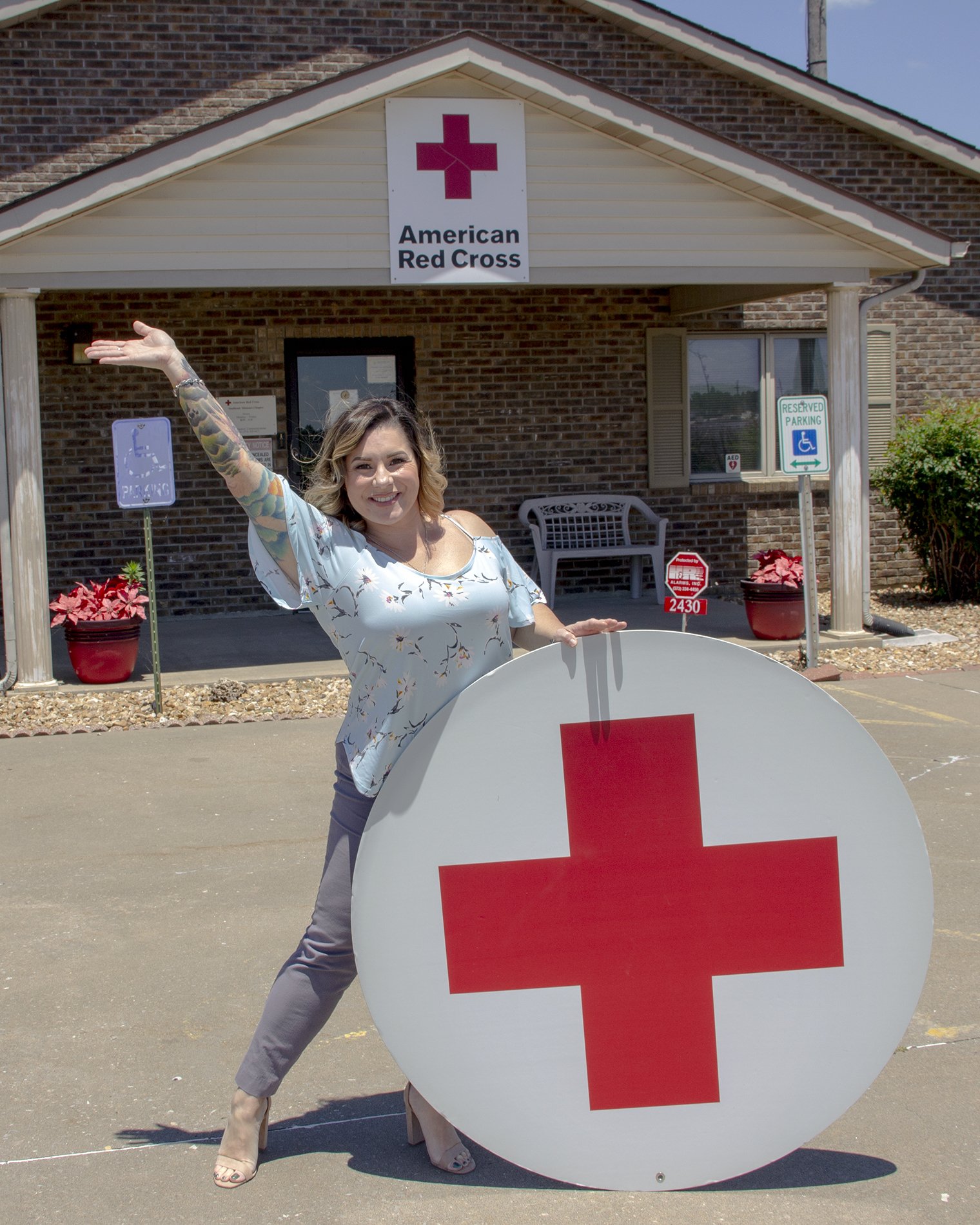 “I want to improve how humans are treating other humans right now. I think, especially with the civil unrest climate right now, it does tie in with Red Cross, but it’s kind of my personal mission, I guess. I’ve had to be kind of an emotional sponge for everybody on my regional team.  Regional is 199 counties. I’m in charge of a workforce care team. At first, it was dealing with COVID-19 and being a virtual work team, and now it’s this. We have a lot of people that come from different backgrounds on our team, and so individually calling them just to talk with them. ‘Hey, how are you’ what’s going on?’ and hearing their stories, and it just… I don’t know. I’ve kind of taken all this emotion and everything and I think, ‘What do I do with this?’”

HoC: “You feel like your sponge is getting full?”

“Totally, and oh my gosh. People can be pretty ignorant. I could never really understand the African-American experience, but I can stand here and be beside them, and listen to them and stick up for them, you know? And just be aware. So, I just kinda feel as a Red Crosser that I have this strength in my team.

“Was listening to one of my teammates. He’s African-American guy up in St Louis, and he told me he’s probably been pulled over eight times and had a gun pulled in his face for no reason, for nothing. He’s had people show up at his house with a warrant looking for somebody, and they’re at the wrong address and yet they’re questioning HIM. I’ve never had to fathom that before, and so I said, ‘Help me understand this,’ you know? He put it in military terms for me, and I was like, ‘Roger that; got it.’

“I guess my voice is starting to be heard across the region, sticking up for people. Now it’s going divisional, which I didn’t see coming, but good. We have the biggest division in the nation. I want to leave my mark for something, and that’s what it kinda is. If it’s Red Cross, that’s great, but I… My mark is to help people.”