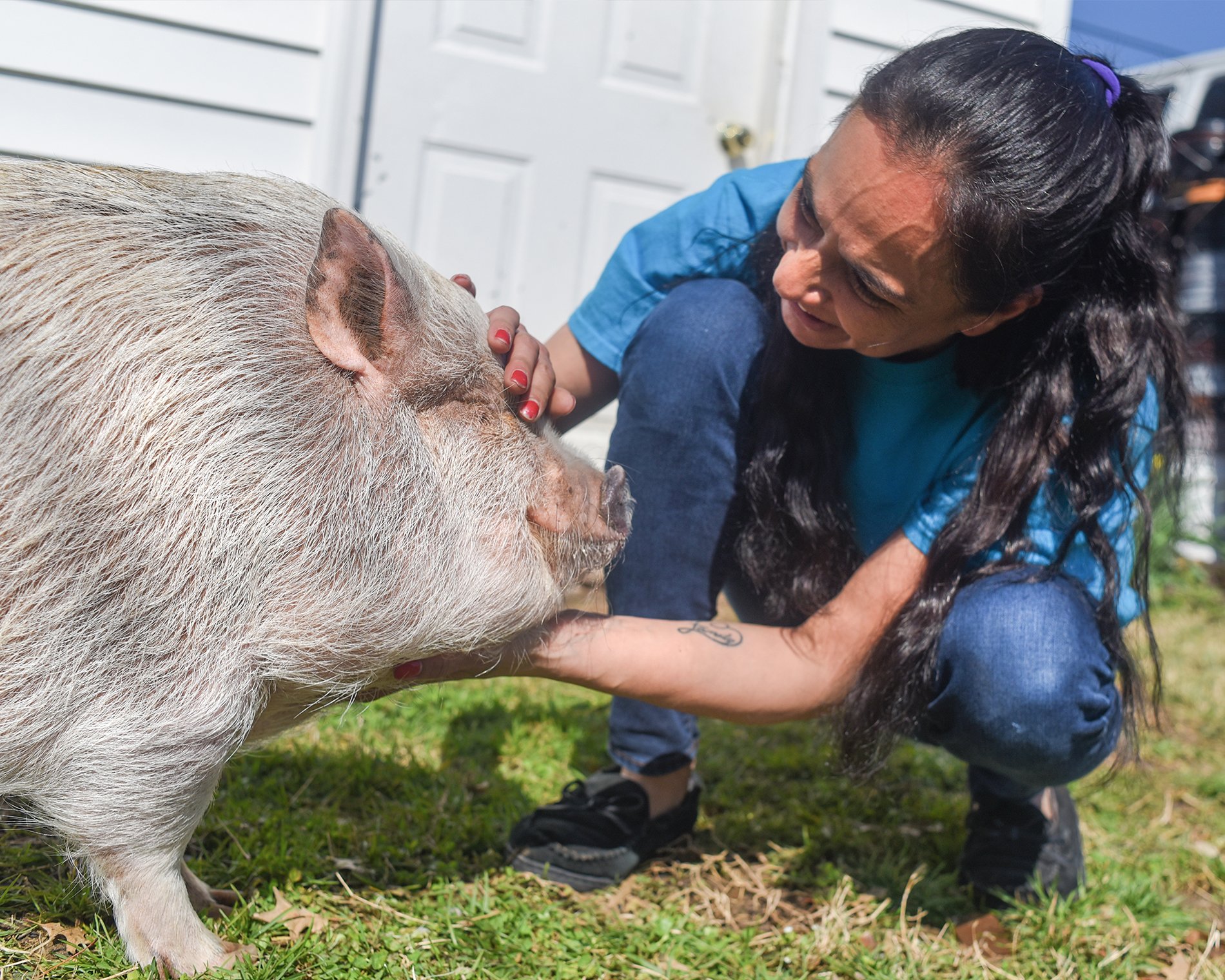 “My 14 year-old always wanted a pig since about 7 or 8 years old, so finally last year we told her for Christmas we will get you one. We found Peanut on Facebook; on Sell it Semo. She was almost three weeks old when we got her. They said she was a miniature pot belly pig. She’s a little bit bigger than she should be, but she’s pretty much full grown now. She got probably 20 pounds bigger than what she should have gotten, but she’s very healthy.

“She honks and goes to the back door when she has to go potty. She’s been potty trained since she was about three months old. She will be a year in May, and she’s probably had 4 accidents, so not too bad. She’s great with other animals and kids. I have a three year old grandbaby she is great with. She has her certain honks when she’s hungry. Her favorites are apples and pears. She loves salad, but fruits are her favorite. She loves to be outside and sunbathe. She’s good. We love her. She’s our whole family’s pet.

“She’s actually pretty quiet. She grinds her teeth. She doesn’t have very many. Like 5 on the bottom and 3 up on top, and that’s it. She has a flat tail. They say flat tails are home pigs, like house pigs, and the curly tails are farm pigs. She is 90.8 pounds. She was born May 5, Cinco de Mayo.

“It is different from having a dog because dogs can fetch and do stuff like that. She tries to with little ping pong balls, she’ll come and grab one and she’ll try and hide it from my grandbaby. Instead of giving it back, she hides it, so they play hide and seek like that. I wish she would go on a leash to walk her, but she follows us instead of leashing her. We take her on walks up the street a little bit. It’s different but fun. I wouldn’t trade it for nothing. She does sleep with my daughter in her bed. She’s a big girl, but she sleeps with her. We just love Peanut Elizabeth.”