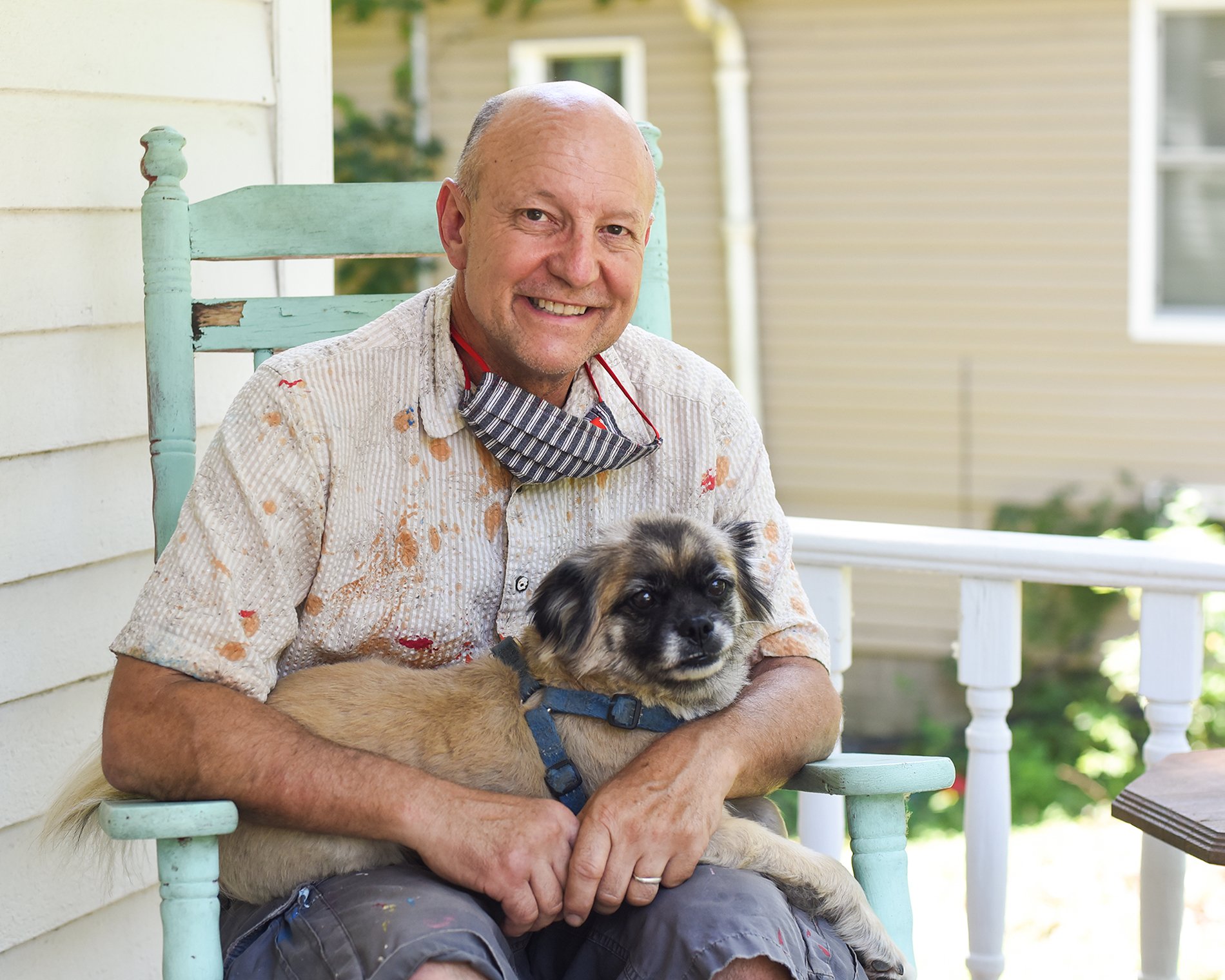 “I met her (my wife) at Six Flags. I was playing the arcade and she liked my style, my moves… [laughs] No; I went up there to do caricatures, and she worked there before I did. So, she was my boss, and I guess she still is. The same company owned the caricature rights and the airbrush rights. I already worked with the airbrush and it made better money, so I airbrushed t-shirts and so did she. That’s where I met her.

“I got attention for [my art] in school. Even as early as elementary school, I would do a little extra than the art teacher expected. That’s how I got positive attention. In high school, I did a lot of negative stuff. I had a lot of time to myself and that was even more reason to do it. I was in the guard already when I was 17; I was going to go the military route, but then I thought I would try this art thing. So, I went to college after that. I went to exotic Southeast Missouri State University. My major was art and minor was technical theater. I thought, ‘What kind of degree could I do where I don’t have any work?’

“I like art because it’s good therapy. I like art because I’m an introvert and this is a way I can interact with people without actually being there a lot of the time. That’s what I really think. The combination of being an introvert and therapy. I do street painting, plein air, which is outside painting on-site, murals and figure and portraits. That’s kind of fine art. Figurative portraits are probably my favorite because it’s a real challenge to get it right and still say something. In my opinion, it’s an interaction between the artist and the subject, so hopefully you capture some of the personality of the subject and of course the style of the artist.”