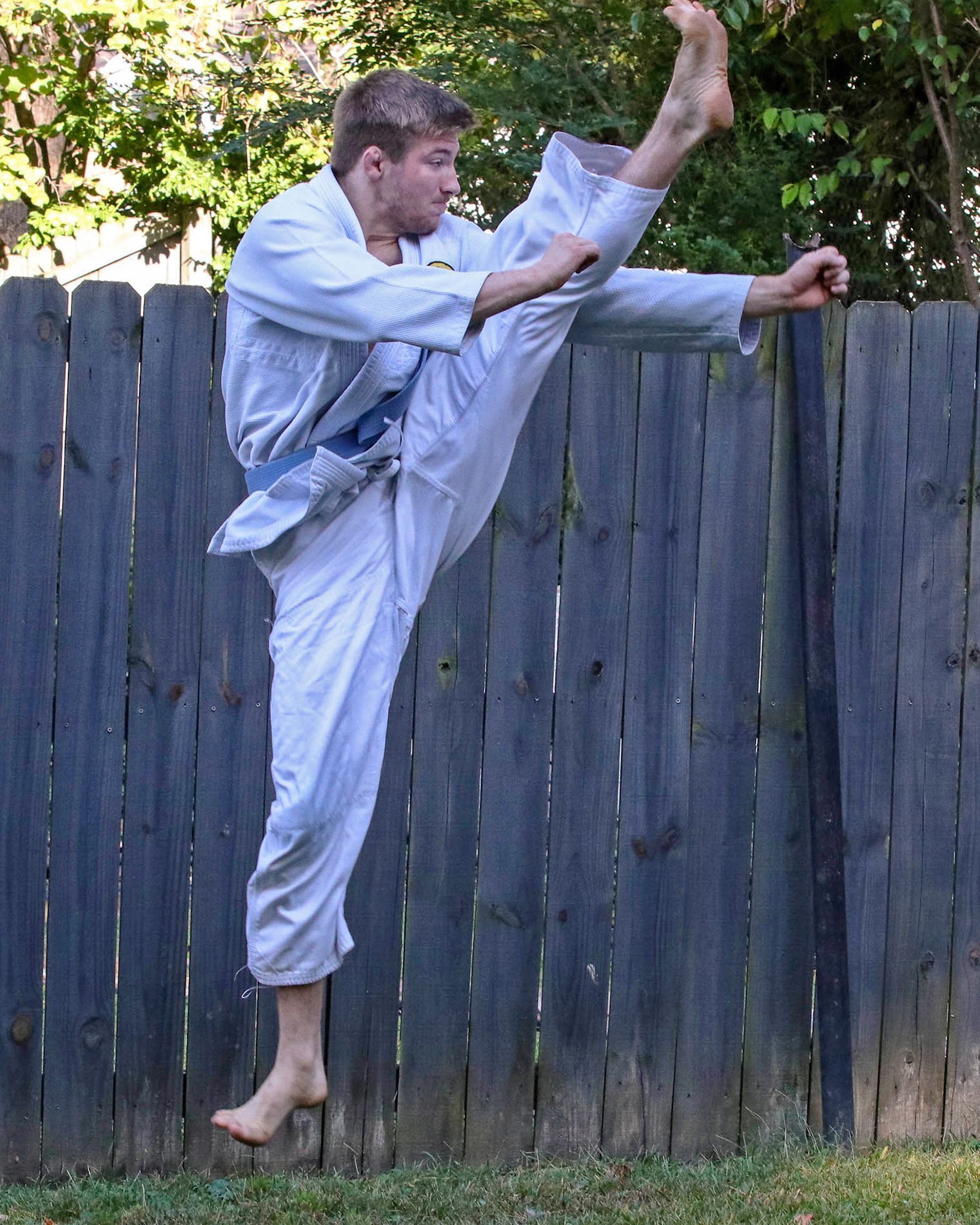 “I watched the movie ‘Rocky’ when I was 11 years old, and what I saw was a guy who got beaten up but he did not give up to get what he wanted. That’s when I decided to get involved in Mixed Martial Arts, or MMA.

“Have I gotten hurt? One time I was going against the fighter who was being paid by the promoter. They rearranged the fight times and I wasn’t prepared. Someone had even stolen some equipment out of my bag so I had to use a mouthpiece that wasn’t mine and didn’t fit. When we touched gloves at the beginning of the match he sucker punched me in the face in the first five seconds. I survived the round and ended up winning and found out later that my jaw was broken. Two months later I took a fight that I really shouldn’t have because my face wasn’t completely healed; I looked like Quasimodo. I lost that match, but got hit in the face again and my jaw got knocked back into place so I looked like a man again.

“Right now I’m 24 and just an amateur, so I don’t get paid. I work a full-time job and train 20 hours per week. My goal is to win the title of World Champion at the UFC (Ultimate Fighting Championship). It’s the toughest organization there is. If I’m really good and get into the UFC I’ll have the opportunity to make a lot of money doing what I love.”