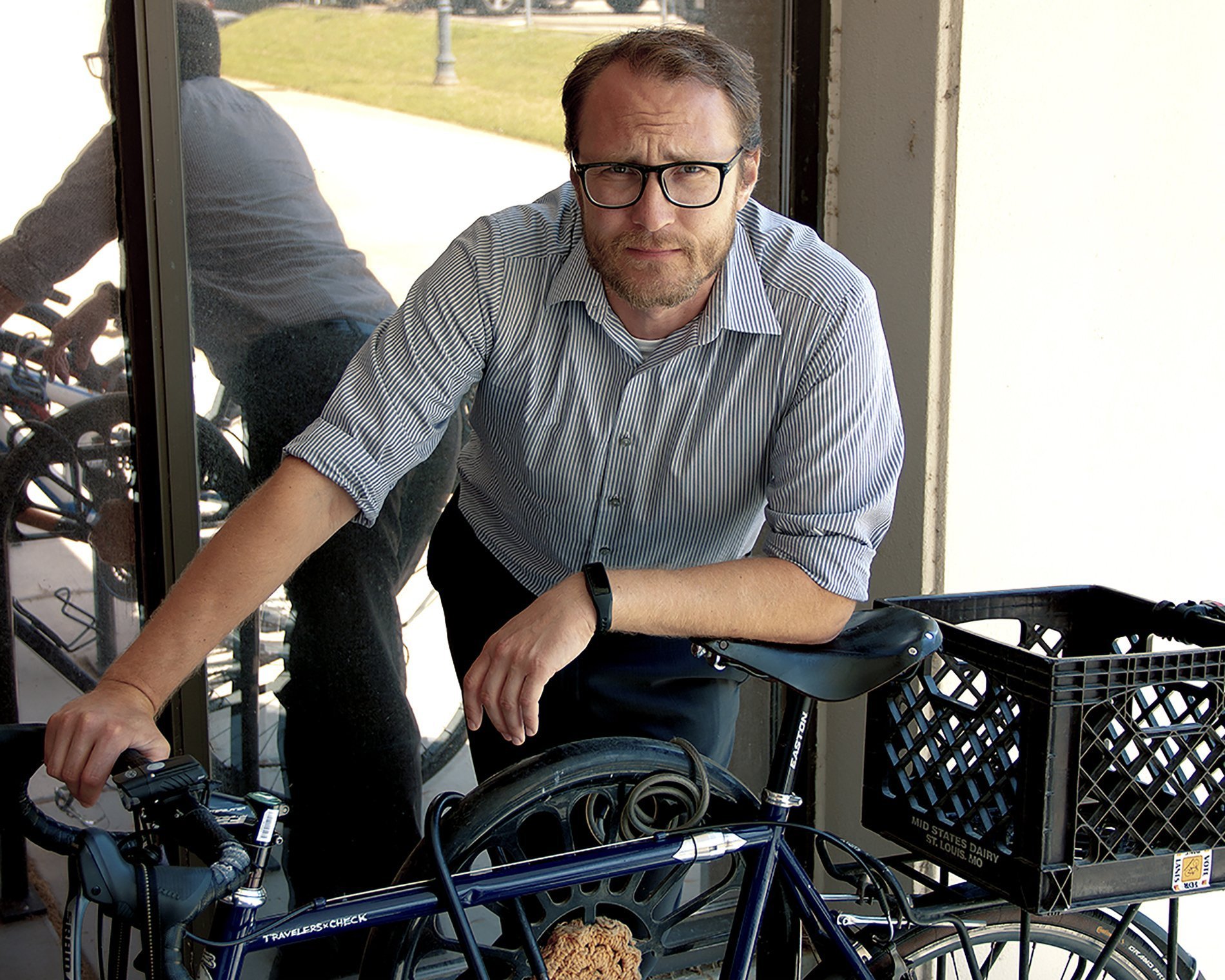 “I would consider myself a cycling enthusiast. I didn’t have a car for 12 years. I always had friends that were into biking, and I started getting into it when my brother got a job at Cape Bike. I started out with a single speed, then another one with a fixed gear, and from there I just thought it would be a good idea to sell my car.

“Before I could sell it, I got in a car accident at Kingshighway and Cape Rock. Kept the insurance money, bought a second bike and a laptop, and just didn’t go back until I had kids. It was tough; even then, I had resisted by using a pull behind bike trailer, and I took them a lot of places, much to the chagrin of many of my babysitters.

“One of my favorite memories from the cycling community in Cape was a theme ride, and theme rides were the best. We did a ‘suit and tie’ night once, where everybody wore formal gear, and there was a picture of us somewhere out there with 30 or so of us all out in front of the fountain there on Normal Street by Kent Library. We had a great time; it was a rolling bar. Drinks, classy outfits, and bikes. You have all these people looking absurd, seeing the town in a completely different way, and making a spectacle, all while having a great time and connecting with one another.”