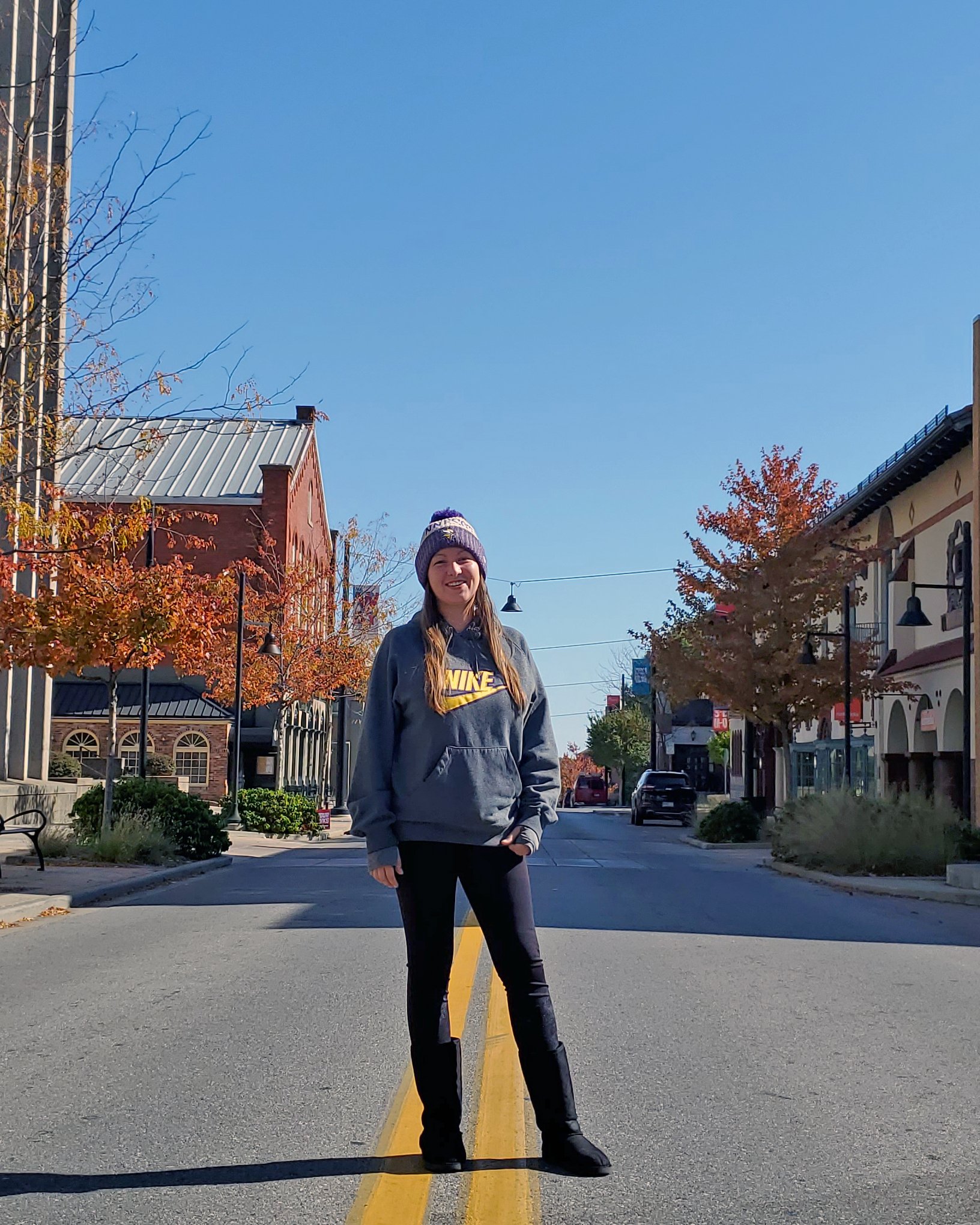 “The scariest time in my life would be back in 2016… It was a couple months after I got my full-time job. I was promoted from part-time to full-time, and in August, I got the worst news of my life.

“It was 6am.I heard someone beating on the door of my apartment, kinda like the cops would do, and I looked outside and saw my mom’s truck. I opened the door, and she was just white as a ghost. I didn’t know how I knew, but I just did. I said, ‘What’s going on? It’s my dad, isn’t it?’ and she just shook her head ‘yes.’ I said, ‘He’s dead, isn’t he?’ She said, ‘Yes.’ And that was the day I found out that my dad committed suicide.

“A person can exploit causes or things so fast now because we have tools like Facebook. You want to raise awareness about issues like this, but when it’s in your face constantly, it’s saturated. If you’re having a good day, you don’t want to be brought down. If you can unfollow someone or hide that post, you’re going to. That is, until it’s in your own backyard and you can’t opt out. I mean, I can’t opt out of my dad being gone and why he is, so I chose to face it head-on. I try not to wallow in my despair. I definitely felt sorry for myself. I was angry. I had so many questions that will go unanswered. I still have questions; but I don’t beat myself up trying to figure out why and how and when because I’m never going to know.

“The point is, I would like to help someone else, and if that just means telling my story that’s great, but I’m not just going to wave my flag of tragedy and despair and say that I’m an overcomer and expect the world to just congratulate me or say that I helped them because that’s not how it goes.”