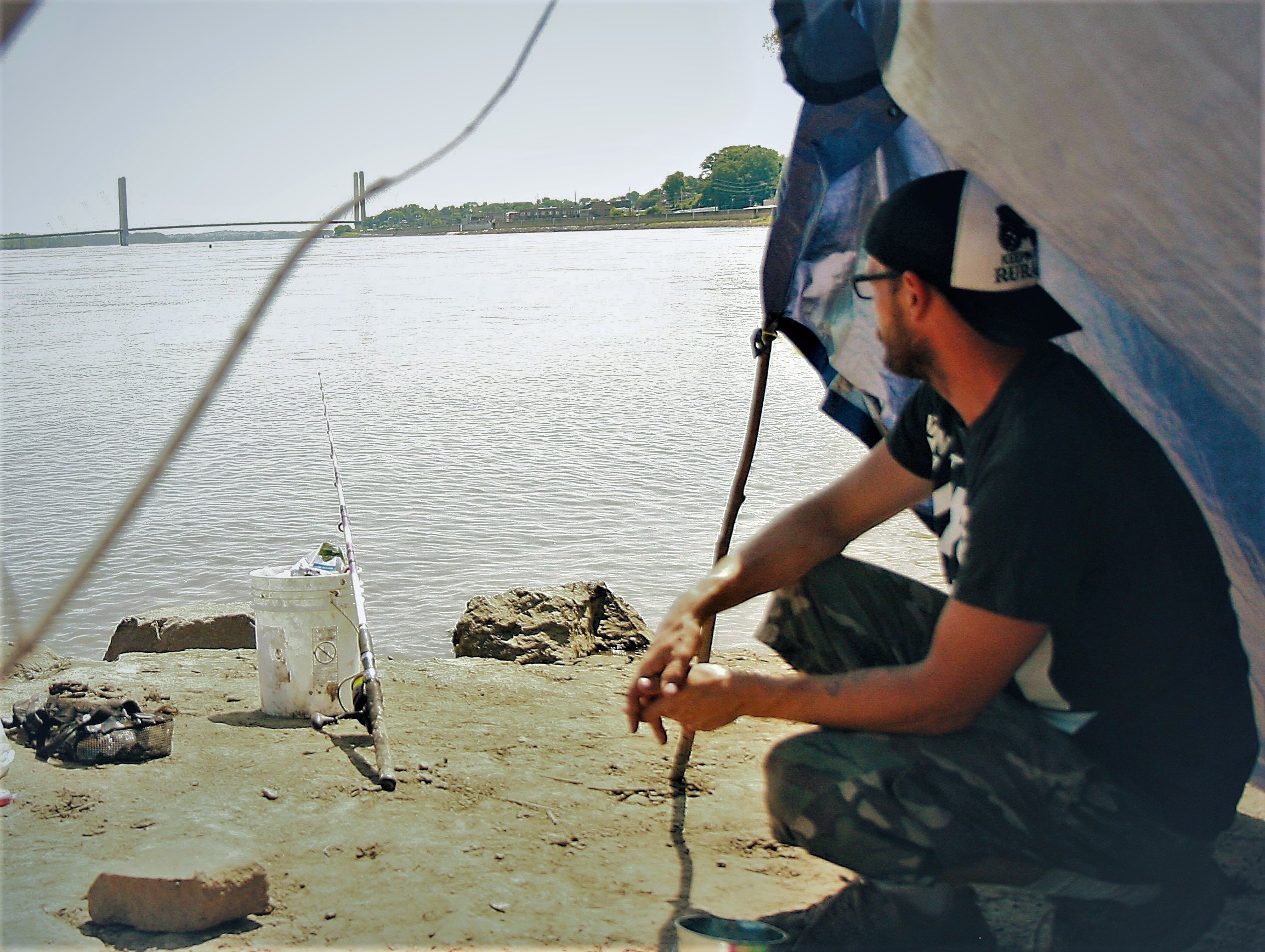 “I’m originally from East St. Louis, but Horseshoe Lake is where I learned how to crappie fish with my grandpa growing up. We would also come down here, when the old bridge was still over there, to fish for blue cat. He was a ‘cane-poler’ and a sailor and had the tattoos to prove it. I liked coming here because it was a change of pace; a lot slower. We would spend a lot of time together, so he was able to teach me a lot of values.

“If you ever hear anyone mention ‘Bear’ on this river, they are talking about me. I’m a builder… a shipyarder. I build the pilot house… I build the whole ship. I even put the engines in. It’s a lot of pride, it’s hard to do, it’s rough, the words are fierce, the language is like fire, almost. If you don’t like it, get the **** out. I love it.

“As far as fishing goes, it really a matter of win or lose, you keep your chin up. Sometimes it’s good and sometimes it’s bad. The other night my son hooked into about a 50lb catfish. He fought it for about 30 minutes, and got it all the way to the bank. We were using mono-filament instead of braided line, and as he cut left, it shredded the line right in front of us. The ability to teach an 11 year old to lose a 50lb fish is tough, but he was a really good sport about it. I see him able to use that same behavior pattern when he plays soccer or does anything really. I love to fish. Fishing for me is a life-long pursuit, and sometimes an obsession.”