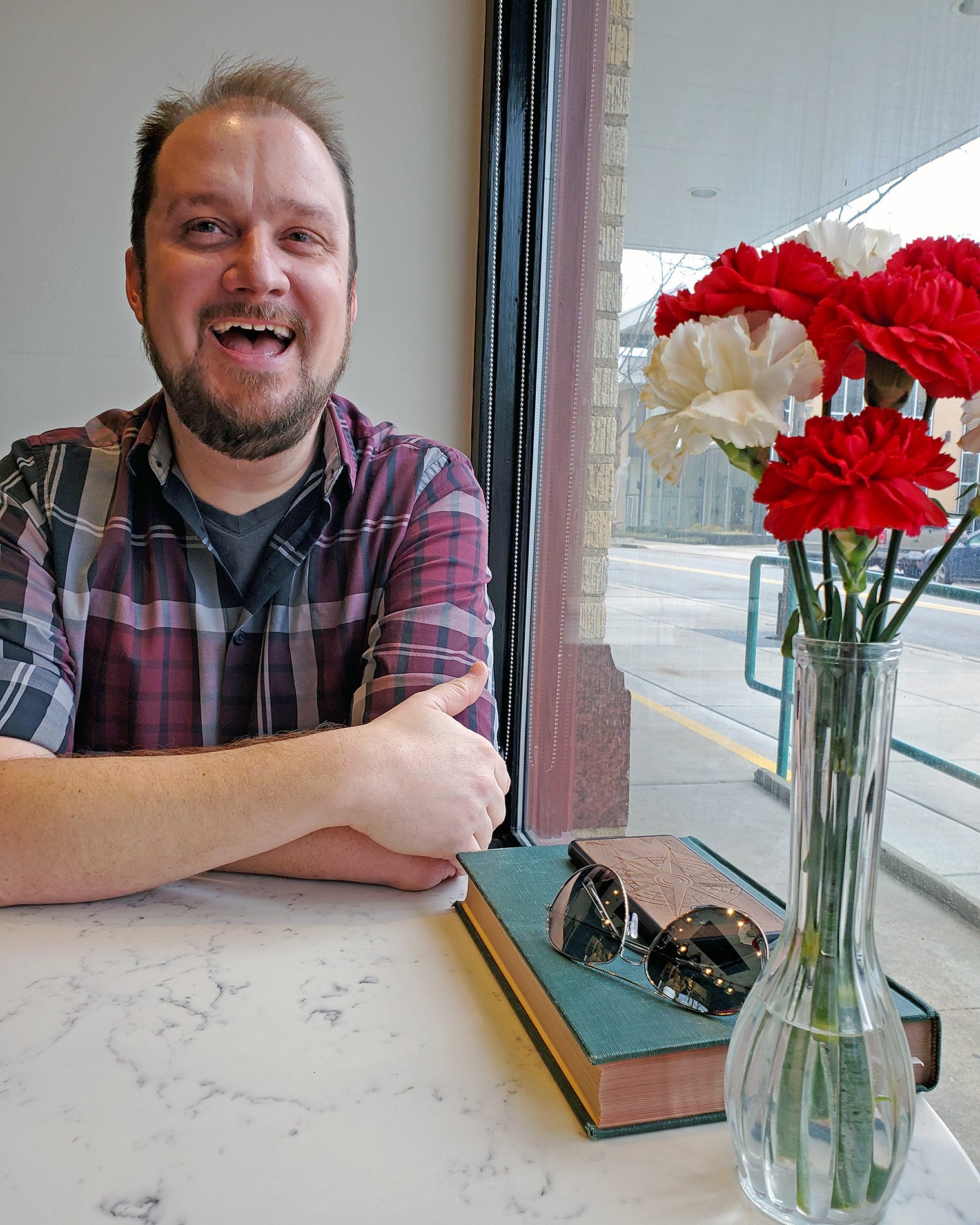 “What makes you the happiest?”

“From a professional level, a sense of accomplishment. Especially if I’ve applied any of my particular talents to something or if it was something that wasn’t uniquely suited to my talents. I’ve always had a talent for organizing systems and for creating filing systems. I started my current job about eight years ago. I had just got done working like 16 hours making DVDs and all this other stuff for a client for a big show they had in Kansas City, and the boss is like, ‘Hey, you wanna come out?’ I said, ‘Yeah, sure,’ so I go out to Kansas City to get to see how they’re doing everything. Get to see my work up on the screens and everything, and being new to the company, it was pretty cool.

“The next morning, we had breakfast, and you’ve got the team all around, and the boss said, ‘Glad we had Charles come out and join us. Charles is gonna be our new media manager.’ He had not discussed this with me, at all. I didn’t know it at the time, being new, but he’s kind of one of those people that will just put you on the spot as a joke. So he was all, ‘Yeah; tell us what you’re gonna do, Charles.’

I said, ‘Okay! First off, we’re going to change the filing system. This is going to be the new naming convention…’ and rattled off a plan. He was like, ‘Oh. Okay then!’

“That’s actually how I wound up with my position and I became responsible for the filing standard. I actually wrote the protocols for that for our company, which is now used quite a few other places, too, because people left the company and then called me, saying, ‘Hey! You still have that PDF that you wrote on how to do file management?’ It’s probably the most boring thing that I’ve ever written in my life.

“So yeah; that gives me quite a bit of joy and that makes me happy; a sense of accomplishment.”